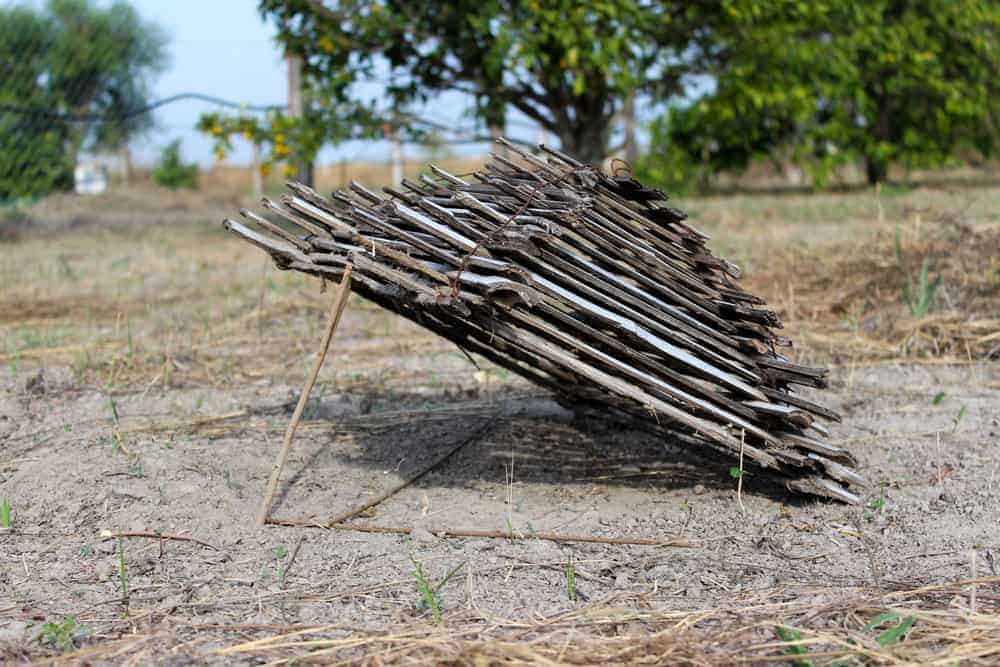 Trapping animals is an ancient skill that allowed people to catch food and stay alive, even when out in the wilderness – and even nowadays, it’s still something that’s useful to learn.

For anyone interested in finding out how to do it, we scoured the internet to see what other people have been trying – and here are our favorite 29 DIY animal trap plans you can have a go at making yourself.

1. A Guide to the 15 Best Survival Traps of All Time 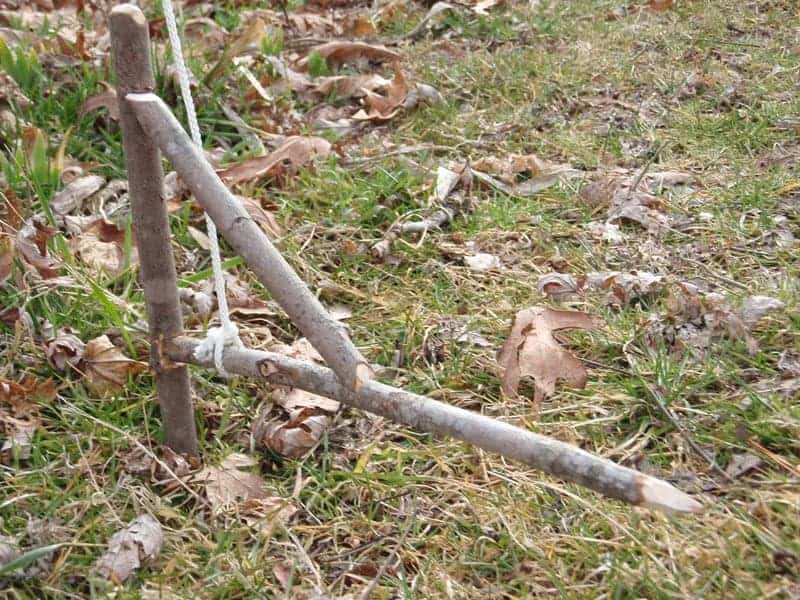 To get things started, here’s a great post that teaches you how to make not just one trap but 15 of the easiest and best-known types. That way, whether you’re out on a hunting trip or you find yourself in a survival situation in the wild, you’ll always be able to catch something for dinner.

2. How to Make 6 Different Bushcraft Traps

Here’s a video that teaches you how to make six classic traps: the Ojibway bird snare, the Paiute deadfall, the figure 4 deadfall, the wynn double-wishbone deadfall, the T-bar snare and the fishing gorge hooks spring pole. This YouTuber explains them all clearly, making the ideas easy to learn and then replicate yourself. 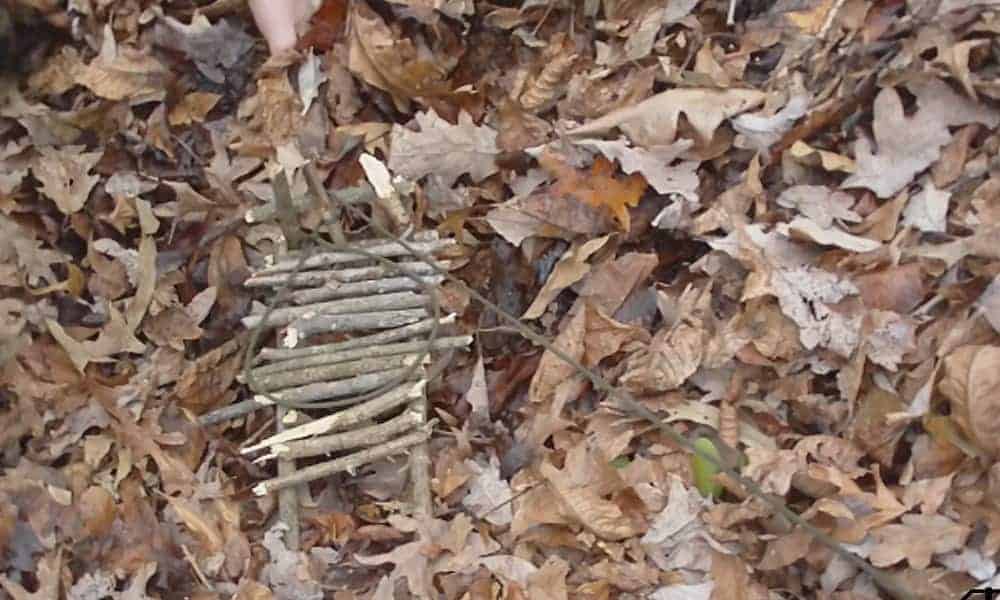 Making animal traps doesn’t need to be complicated or difficult – as this post shows. As the title suggests, all five are “ridiculously simple” to make, but they’re all highly effective too. That way, you won’t need to spend hours constructing elaborate traps when you probably have more pressing matters to deal with – like trying to stay alive in the wilderness.

If you keep chickens and have possums that are giving you trouble, this video is for you. In it, you’ll learn how to make a simple trap that will catch those unwelcome visitors humanely and safely, allowing you to relocate them without needing to harm or kill them.

5. How to Make a Basic Snare Trap with Paracord or Wire

If you suddenly find yourself in a survival situation, you might not have many materials to work with. However, using just a length of paracord or some wire, you can easily construct a snare trap that will allow you to catch food – and this video shows you how it’s done. 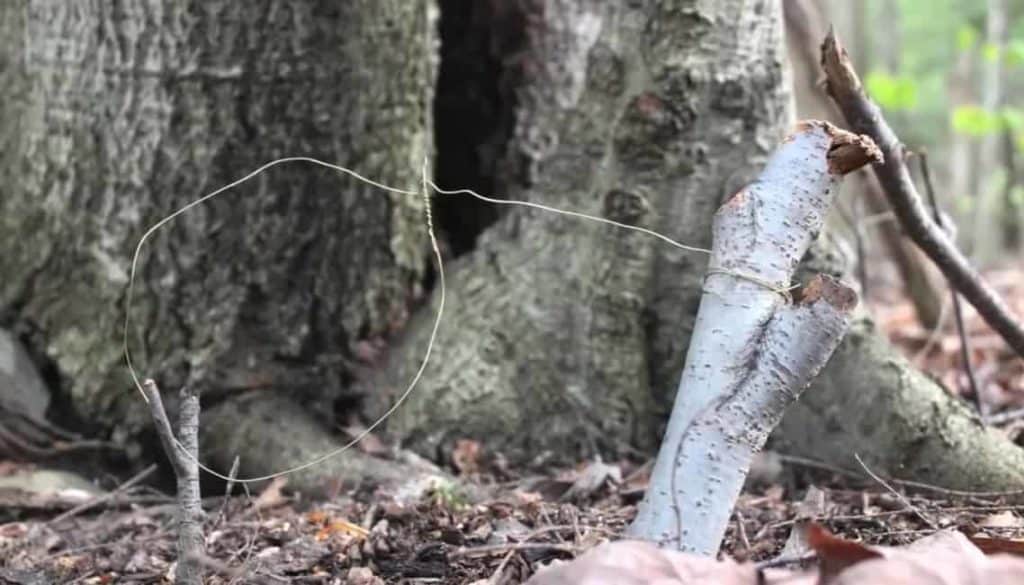 Being ready for any situation means preparing for all eventualities beforehand, so it’s a good idea to experiment with traps in advance. This post gives you four different options to test – including snares and a deadfall – so when you find yourself in the woods and in need of an effective trap, you’ll already be an expert.

For those having problems with stray cats on their property, this video is worth a look. In it, you’ll learn about five simple and harmless traps you can make using little more than a cardboard box. They’re easy to make, and they all look like they work perfectly, so this video could be the answer to all your feline-related problems.

8. How to Build a Live Animal Trap – Do-It-Yourself

As this post explains, the trap it teaches you to make can be used to catch all kinds of animals such as opossums, squirrels, rabbits, rats and even birds. It also gives you some useful tips about how to handle an animal once you catch it, making this tutorial a valuable read.

This video was one of our favorites to watch – partly because there aren’t so many tutorials teaching you how to make a trap to catch a snake. It’s fascinating to see how he does it, although we’re not sure we’d feel comfortable handling the snake the way he does. Check it out and see what you think! 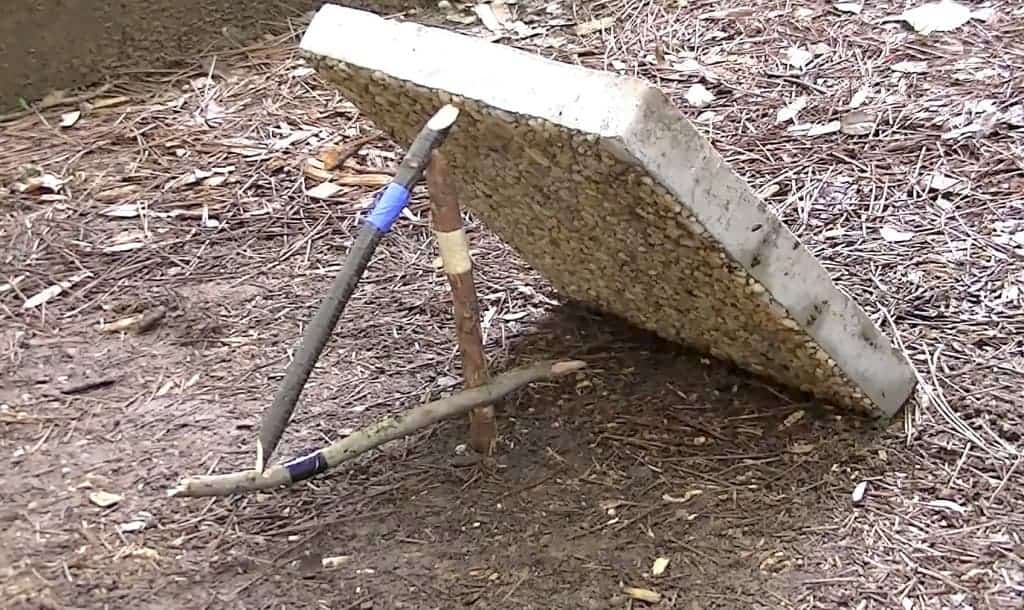 Here’s another useful post that teaches you how to make four versions of basic animal traps. You’ll learn about the deep hole trap, the drag noose, the figure four deadfall and the twitch up snare, and there’s also a useful discussion about the pros and cons of trapping, helping you understand the most appropriate situations for using these techniques.

If you enjoyed watching the snake trap video in #9, you should enjoy this one too because it was made by the same guys. In it, you’ll learn how to catch a rabbit in a hole, and while some of the comments suggest that the rabbit in the video is an actor (i.e. a pet), the techniques are valid and can still be applied in real life.

The trap in this plan is a little more complex, but if you have the time to construct it, it should be satisfying to try it out – especially if it works. This is a high-quality plan with clear instructions and a couple of helpful images, so despite being a bit more complicated than some other ideas, it should still be an easy project to attempt.

Here’s one for anyone who’s having trouble with squirrels. In this video, you’ll learn how to make a humane and non-lethal squirrel trap from not much more than a piece of PVC piping. That way, you can capture and relocate those pesky little guys without having to harm them.

14. How to Make a Snare Trap (with Pictures) – wikiHow

As this wikiHow explains in the intro, next time you get lost camping, want to impress your friends or get chosen for the next Hunger Games, knowing how to construct a snare trap is a useful trick to learn. You can make one from whatever’s available, including craft wire, headphone wire, stripped wires from cars or an uncoiled spring – and this plan shows you how it’s done.

As effective as they are, traditional mouse traps are pretty horrific, so if you’re looking for alternatives, this video is worth a watch. In it, you’ll learn about an ingenious trap that is inexpensive to make and that does an incredible job of catching large numbers of rodents. It’s almost mesmerizing watching them all climb up and drop in, making this one of our favorites.

16. Six Primitive Traps for Catching Food in The Woods 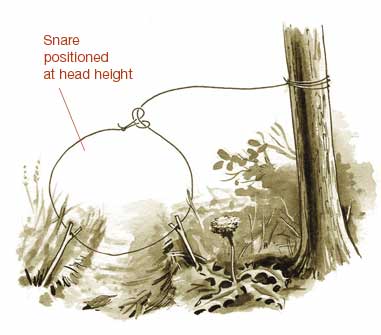 Whether you’re a prepper or a survivalist – or just want to know how to catch your own food in an emergency – understanding how to make basic traps in the woods is an essential skill. This post teaches you how to make six primitive versions that just about anyone can copy – including snares, deadfalls and tension traps – something that could one day end up saving your life.

The backstory to this video is that this YouTuber was having an issue with raccoons disturbing his chicken coop, and traditional traps weren’t working. Instead, he came up with a new and improved solution that produced great results. Give his video a watch to see how he did it. 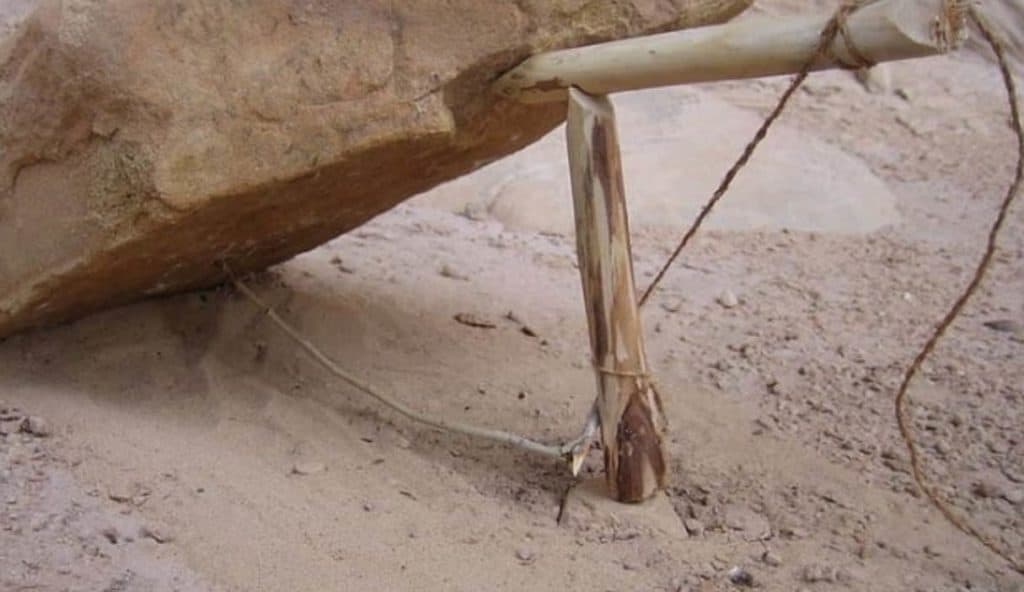 Here’s another post that shows you don’t need advanced skills to catch wild animals – because these five traps are so easy, even beginners can build them. There’s also some useful discussion about why you might want to catch small game in the first place, making this an informative and useful post to read.

In this video, we get to see how this enterprising YouTuber made a raccoon trap using a 45-gallon drum. The trap obviously works since we also get to see the raccoon he trapped in it, so if you’re interested in copying his idea, just give his video a watch.

This is a plan for another more advanced trap, although, with a few basic DIY skills, it should be well within most people’s capability to replicate. Depending on the type of animal you’re hoping to trap, the plan also gives suggested dimensions, allowing you to adapt the design to your specific needs.

21. How to Make a Possum Trap or Cat Trap

The trap in this video is designed for possums, but it would also work for cats or even rabbits, making this design highly versatile. It’s not too difficult to make, and it shouldn’t cost too much either, so why not give it a go and see how it works for you? 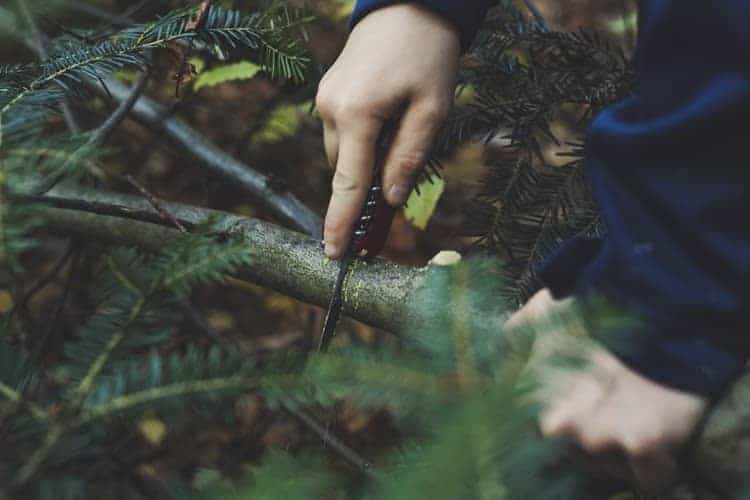 What we like about this post is that it starts with a detailed discussion of why traps are used and the different types that exist. Having given you the background, it then teaches you how to make seven easy versions, allowing you to trap animals in the wilderness in survival situations or for any other reason.

23. Primitive Skills and Traps in the Wild – Animal Traps and Snaring

If you want to see how successful you can be hunting with nothing more than simple snares, this video makes a fascinating watch. In it, you’ll see how this wilderness expert catches multiple hares in the forest – and you also get to see how he processes them after collecting them the next day.

Here’s a post that teaches you how to build a box trap, which, as we learn, is most commonly used to catch rabbits. However, by adjusting the size, you can also make one to catch larger animals, making this another relatively simple yet highly effective trapping solution.

This idea for a mousetrap was another of our favorites due to its elegant simplicity. It’s so easy to make that most people would probably imagine that it doesn’t work. However, the results prove otherwise, making this a great option to try if you have a problem with rodents.

Do traps for bugs count as animal traps? We’re not sure they do, but just to add a bit of variation, we thought we include one in our list. Here, you’ll learn how to catch insects using sticky traps, which many people will find a useful technique for solving infestations in their homes.

27. Someone Invented a DIY Mouse Trap That Solves the Animal Cruelty Problem

We already mentioned how gruesome a traditional mousetrap can be, so if you don’t have the heart or the stomach to use one, this clever idea could be the ideal solution. It’s based on a plastic bottle and relies on gravity to work – it also leaves the mouse alive and unharmed, to be released back into the wild anywhere you see fit. 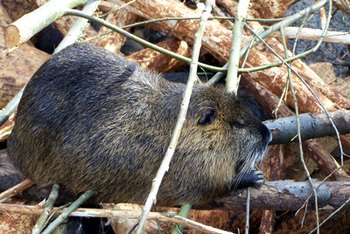 If you need a trap for catching beavers, this is the plan for you. It’s a box trap that won’t harm the beaver, but as the plan says, cornered beavers can be vicious, so if you catch one using a device like this, make sure you’re careful when removing the animal from the trap.

We had to think twice about including this trap because, with all the sharp nails and all, it looks positively medieval. However, if you keep watching, you’ll see that it catches the mouse alive and unharmed (or at least we think it does), and since it’s such an original idea, we thought it earned its place in our roundup.

Plenty of ingenious ways to catch all kinds of animals

Whether you need to trap animals for survival in the wild, because you want to deal with a pest problem or for any other reason, as you can see, there’s no shortage of techniques for doing it.

We’ve enjoyed collecting these plans for you, so we hope you’ve enjoyed watching and reading them all too. And above all, we hope we’ve helped you find the plan you required for making an animal trap of your own. 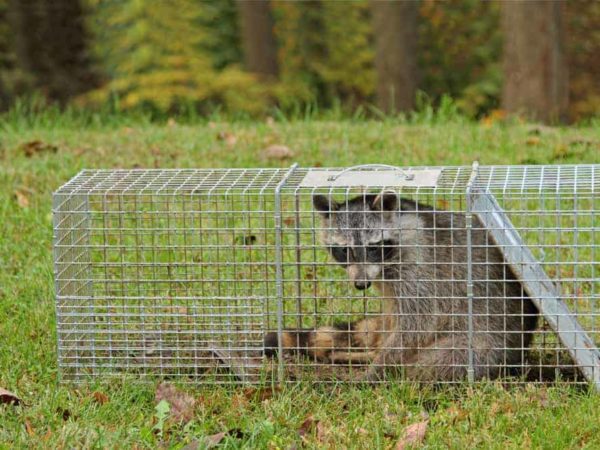 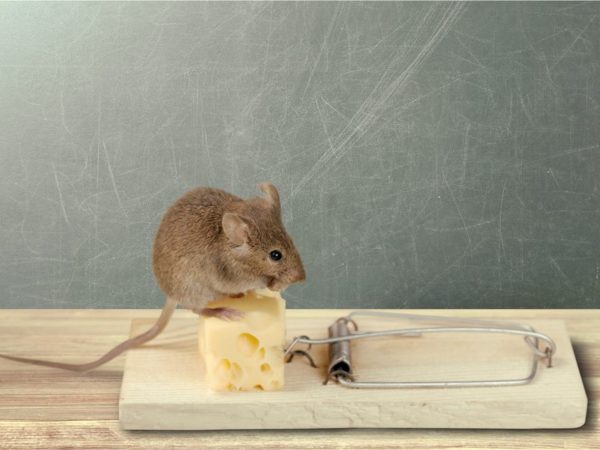 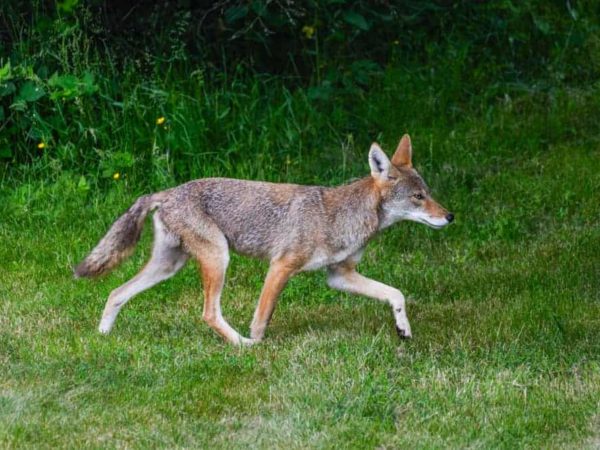 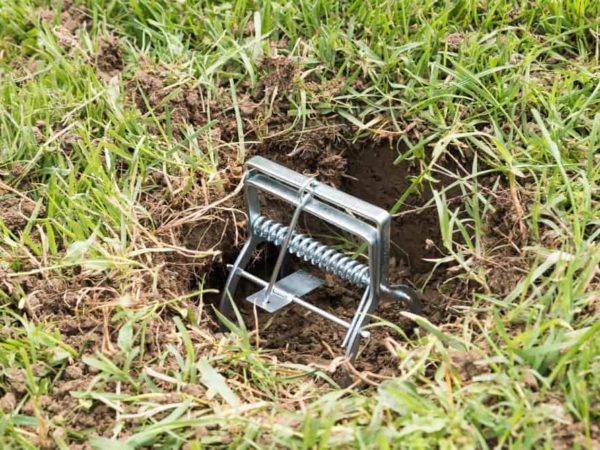 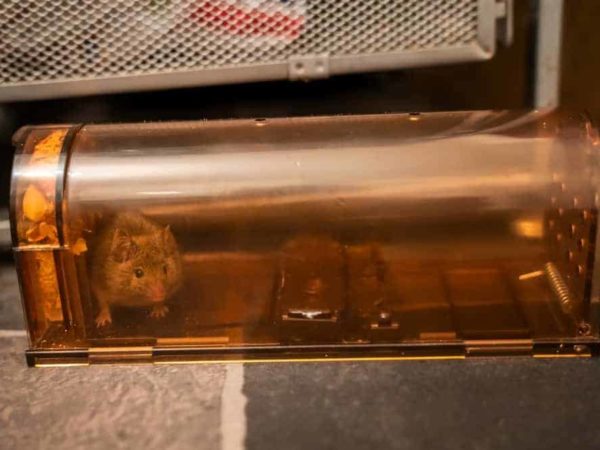 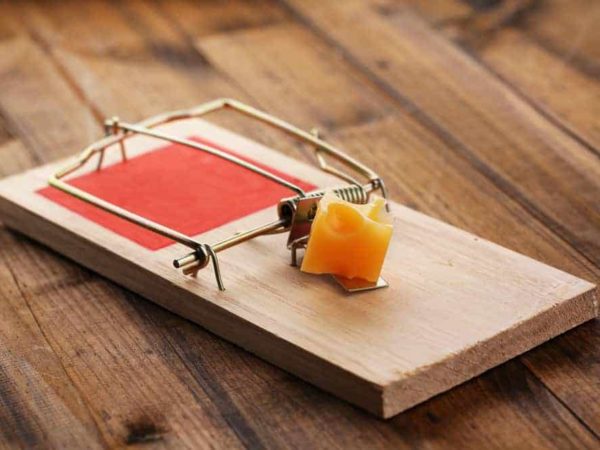