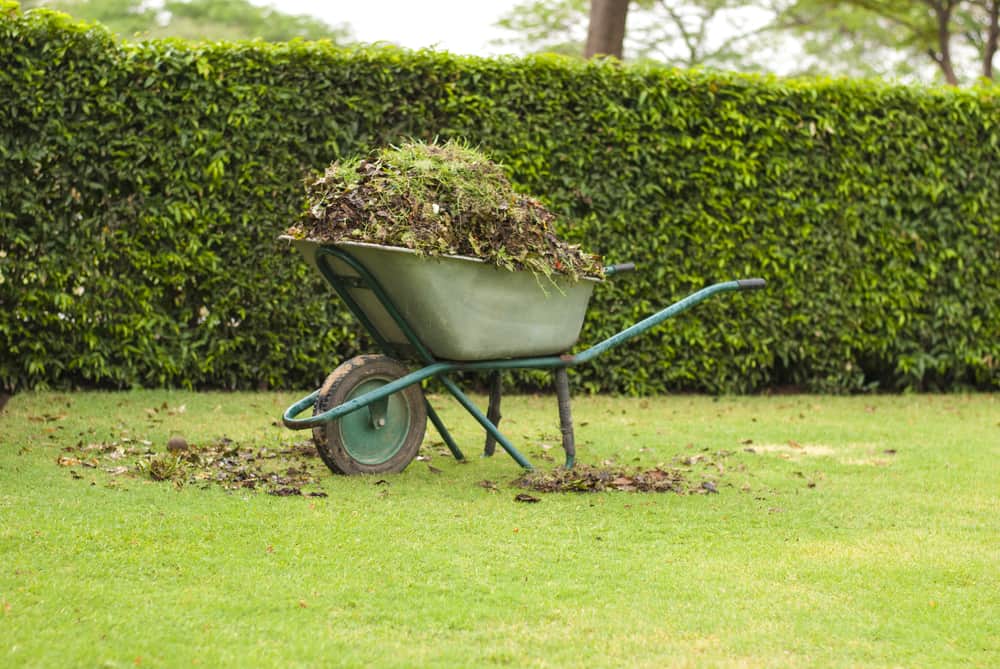 In ancient China, science and innovation were a common theme; we should be thankful to their civilization for inventing paper currency, gunpowder, paper, magnetic compasses, seismoscopes, and plenty of other inventions. It’s safe to say that these inventions have revolutionized science, war, the way we do business and our lives in general. 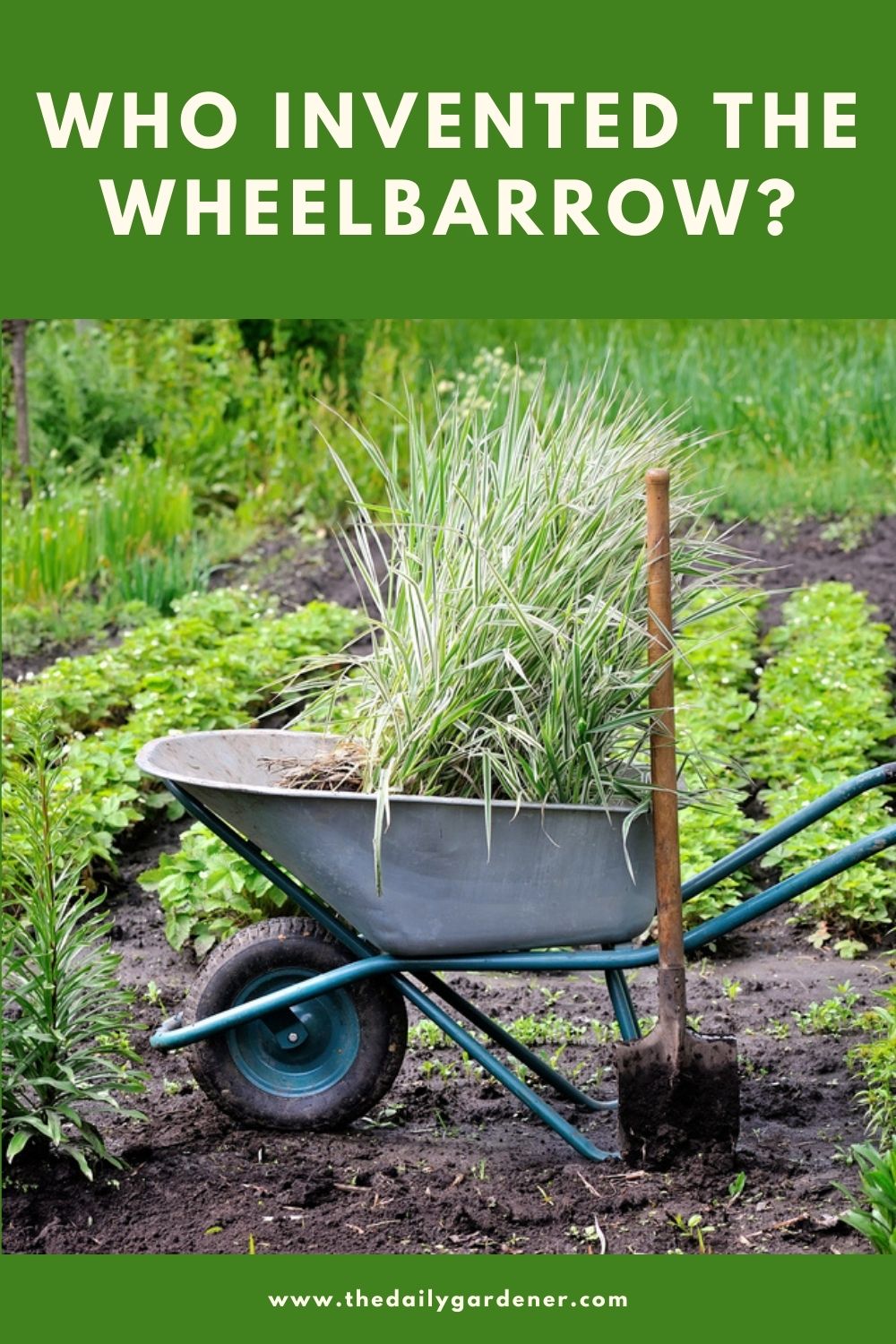 While the abovementioned inventions are certainly quite certainly incredible, the invention of the wheelbarrow changed everything. According to a legend, in the beginning, it was meant to be used in warfare as an easier way to transport goods.

However, its use couldn’t only be confined to carrying goods for military purposes. For that reason, it became an essential factor in the everyday lives of almost every worker and craftsman in many civilizations. 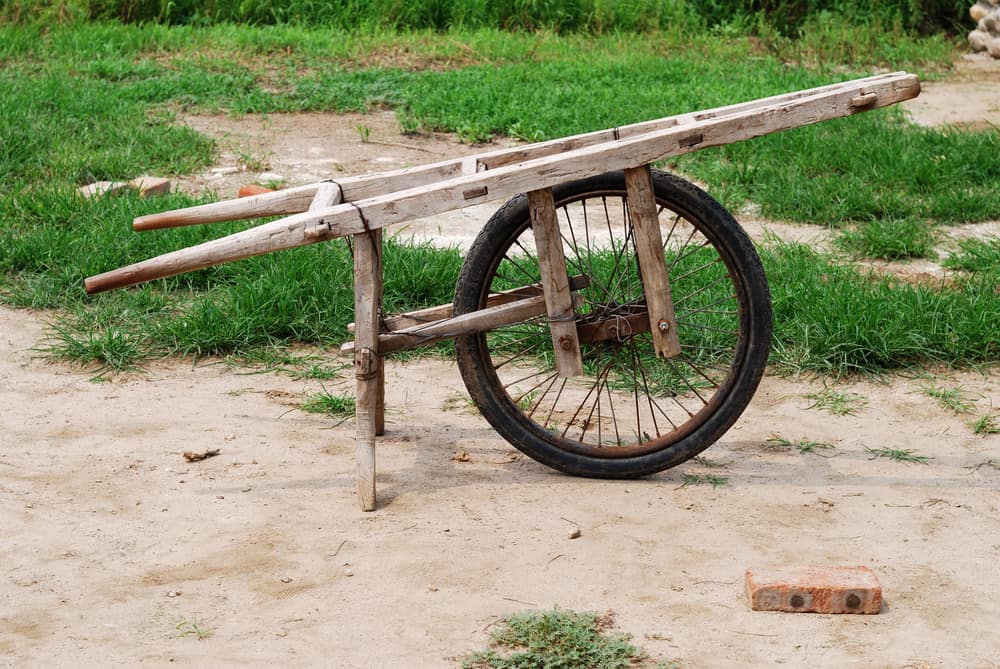 There are plenty of myths surrounding the invention of the wheelbarrow. However, it is quite certain; the invention was made in ancient China. The legend says that Zhuge Liang, Shu Han’s Prime Minister, came up with the idea in 231 CE. Since Shu Han was already involved in a war with Cao Wei, Zhuge Liang invented the wheelbarrow and intended to use it to help the war efforts against the Cao Wei.

While there was always a need to carry food and ammunition efficiently, Zhuge Liang came with the brilliant idea of “wooden ox” a name he gave to the wheelbarrow. Thanks to the wheelbarrow, a single soldier could carry enough food to feed four other soldiers for an entire month. It was considered such an advantage over the Cao Wei that Shu Han wanted to keep it a secret at all costs.

However, this may not be entirely accurate, and there is an excellent chance that some farmers came up with the idea of the wheelbarrow. However, the Prime Minister thought of using it as a tool to feed his soldiers. There are paintings in the Sichuan Province, in a tomb near Chengdu, a wall painting depicts a man with a wheelbarrow, and that painting was made in 118 CE.

In another tomb, located in the Sichuan Province, a wheelbarrow can be seen carved in its wall reliefs; this is thought to be made around 147 CE. The mentioning of wheelbarrows can be noticed even in literature, for example, in the Book of Later Han written in the 5th century, a wheelbarrow is said to have been used around 30 BCE. 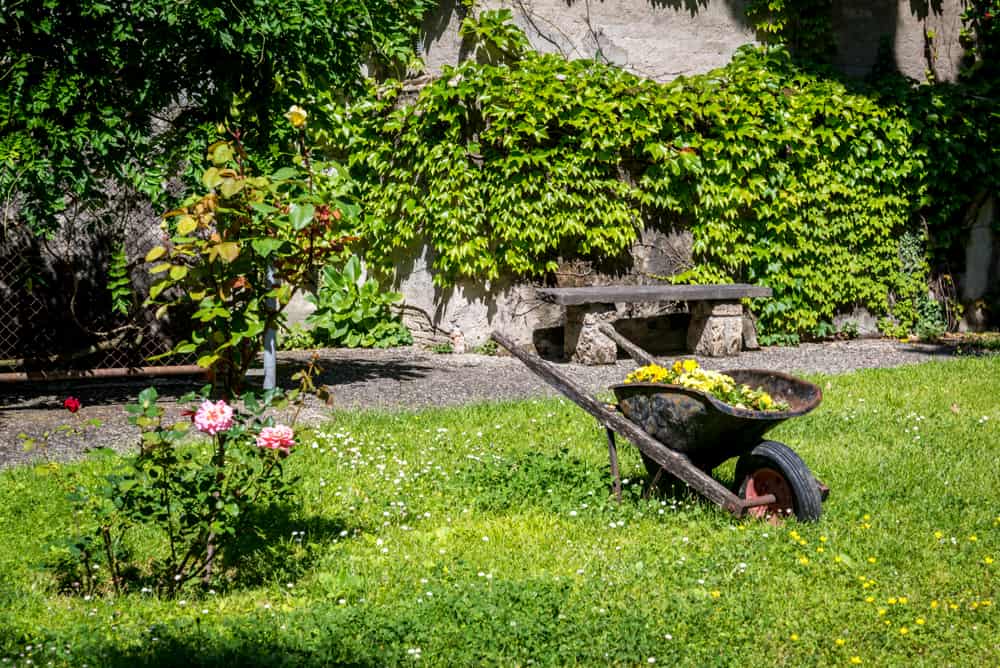 Dr. Michael Jonathan Taunton Lewis, a historian, has claimed that there are no historical records, proving that the wheelbarrow was used in ancient Rome, or Greece for that matter.

According to Lewis, wheelbarrows may have been used in the Byzantine Empire. However, the evidence is quite scarce, and thus, it is thought to be more of a speculation than historical truth. It would take more than a thousand years before the first wheelbarrow appeared in Europe.

Somewhere between the 12th and 13th century, we are first introduced with the front-placed wheel wheelbarrow. While it may have appeared during this period, according to many historical illustrations and documents, another two centuries passed before it started being used for mining operations, agriculture, and building construction.

It’s also quite interesting to note that, up until the 17th century, the wheelbarrows were only used in France, England, and the Netherlands. It remained unknown in Russia until the reign of Peter the Great, and even then it was discovered by accident when they visited England. In the garden of the house they were staying, he found a wheelbarrow laying and used it for drunken wheelbarrow races.

The oldest wheelbarrows that are preserved in Central Europe were found back in 2014 and 2017 during some excavations made in Ingolstadt, Germany.

Incredibly, these two wheelbarrows seem to have dated to 1530 and 1537. The age of these wheelbarrows was made possible by looking into the trees’ felling dates that made up the wheelbarrows boards. 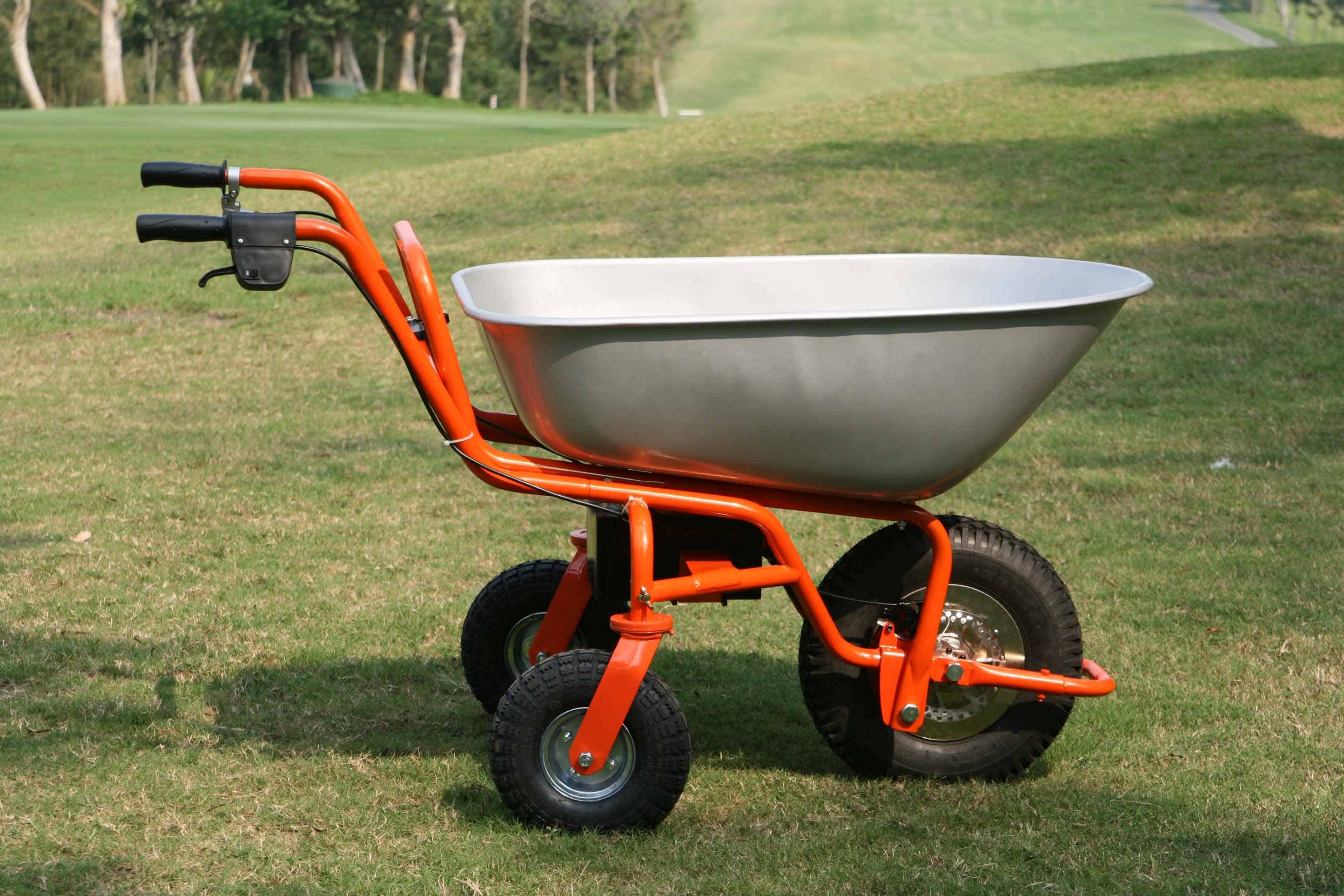 The evolution of the wheelbarrow has been slow and only in the last century, in 1970 to be more exact. James Dyson, the British inventor, decided to use a spherical ball instead of the wheel in order to provide the user with more stability in flat ground as well as in uneven soil.

While this hasn’t really caught up as a product since the conventional wheelbarrow is widely used all over the world, this invention gave the buyers different options.

Powered by an electric motor, this wheelbarrow through the special sensors located in the handle grips detects the force that is applied to push the load and then it converts this information into a signal.

Since a control circuit regulates it, it supplies the wheel with electric motive power that is precisely the same as the operator’s pushing force.

The many uses of the wheelbarrow 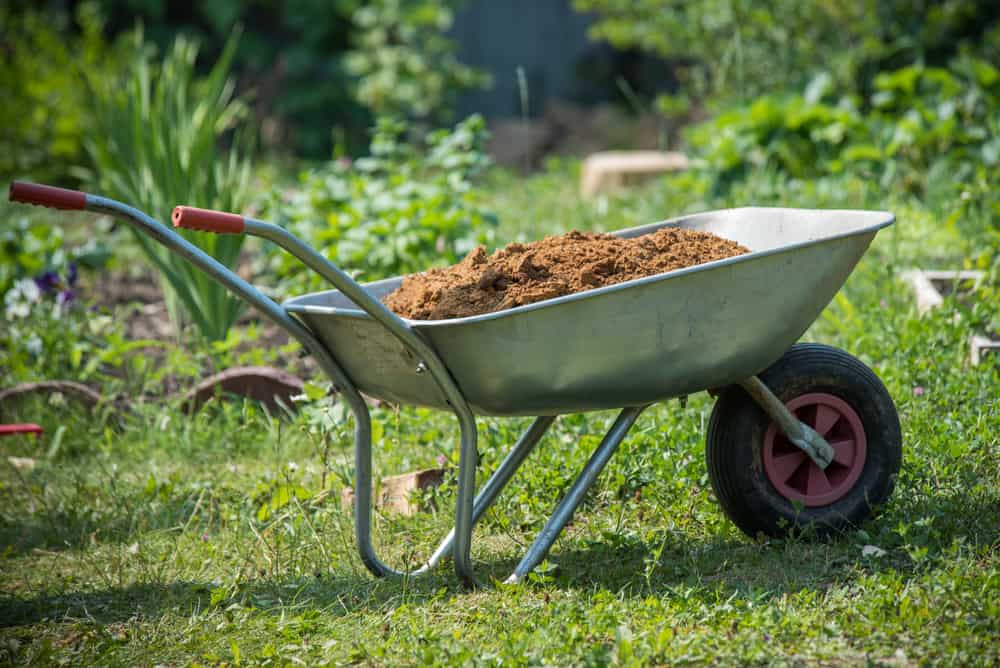 It’s incredible how, despite being invented thousands of years ago, the logic and design behind it were so sound that we still use it to this day. While we use a rubber tire now instead of a wooden wheel, the idea behind it remains the same.

It’s important to mention that there is also another small difference between the modern-day wheelbarrow and the ancient one. The old wheelbarrows had the wheel placed right at the device’s center, while the modern wheelbarrow has its wheel placed at the front.

Ever since the invention of the wheelbarrow was made, it was used to carry a plethora of burdens and has made it much easier for the workers to get the job done.

While it was generally used to transport harvested crops, building materials, and mine tailings among other things, it was also used to carry casualties of the terrible wars of the 20th century. Despite all of the technological advances that we have today, the wheelbarrow is still used all over the world. 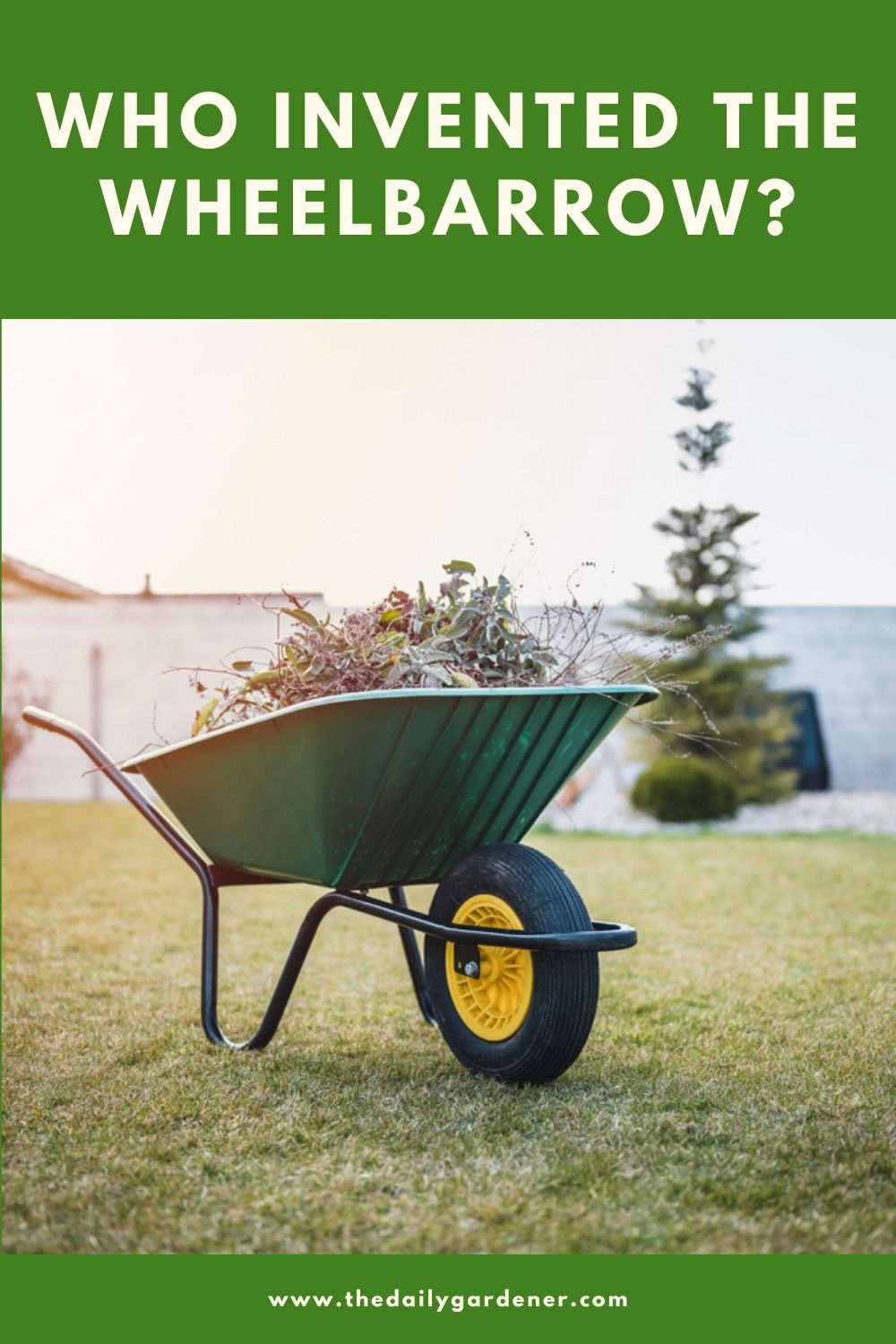 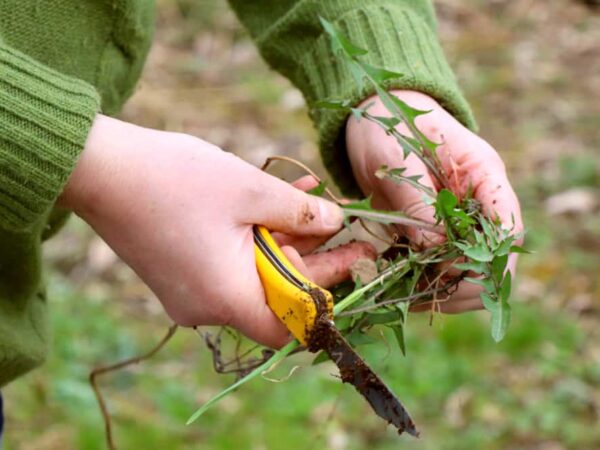 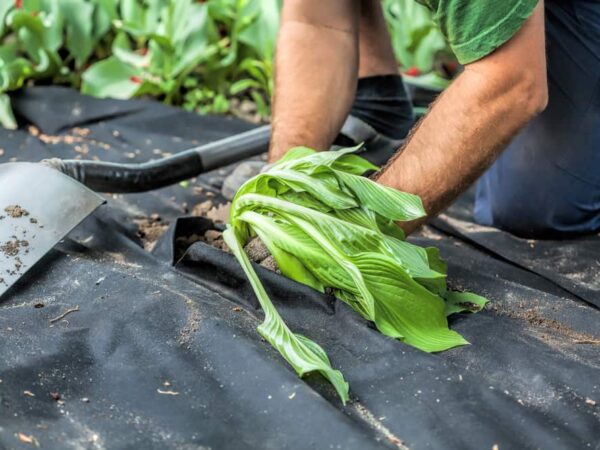 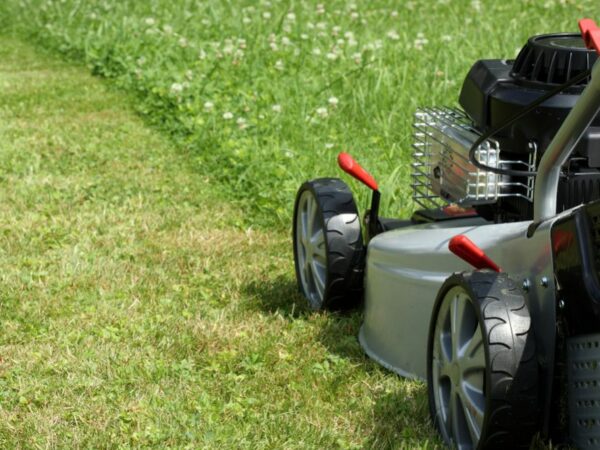