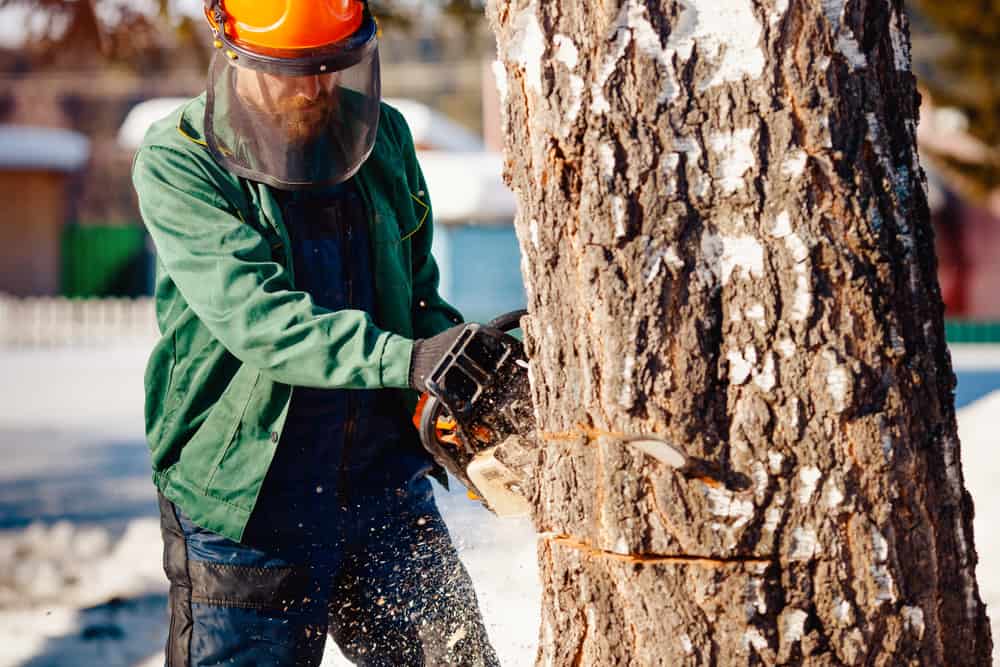 Perhaps you’re an old hand with gas chainsaws and you’re thinking about making the switch to electric, or maybe you’re a newcomer to these tools and you’re wondering which to buy. Both types have their advantages and disadvantages – as do battery powered models – so here, to help you out, we look at the differences between electric vs gas chainsaws. 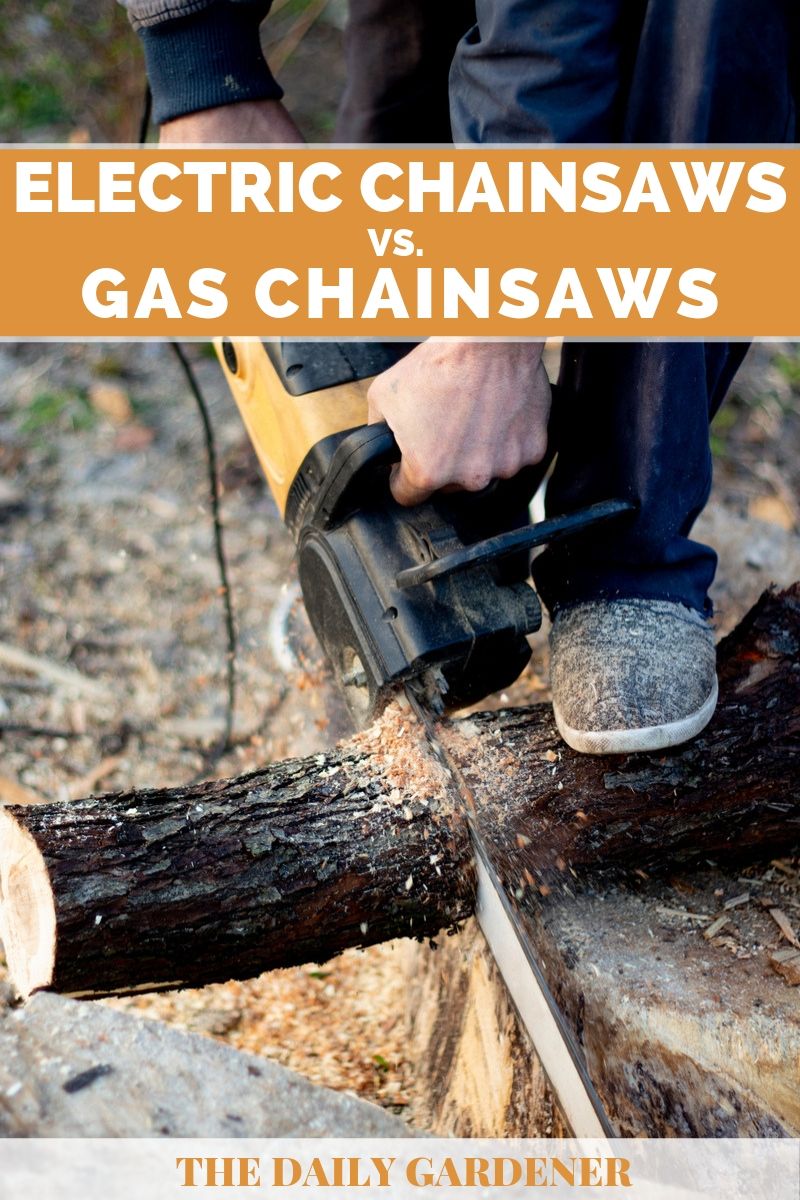 If you want a preview of some of the things we’re going to be talking about, here’s a video of a comparison between a high-quality electric chainsaw vs a high-quality gas machine. 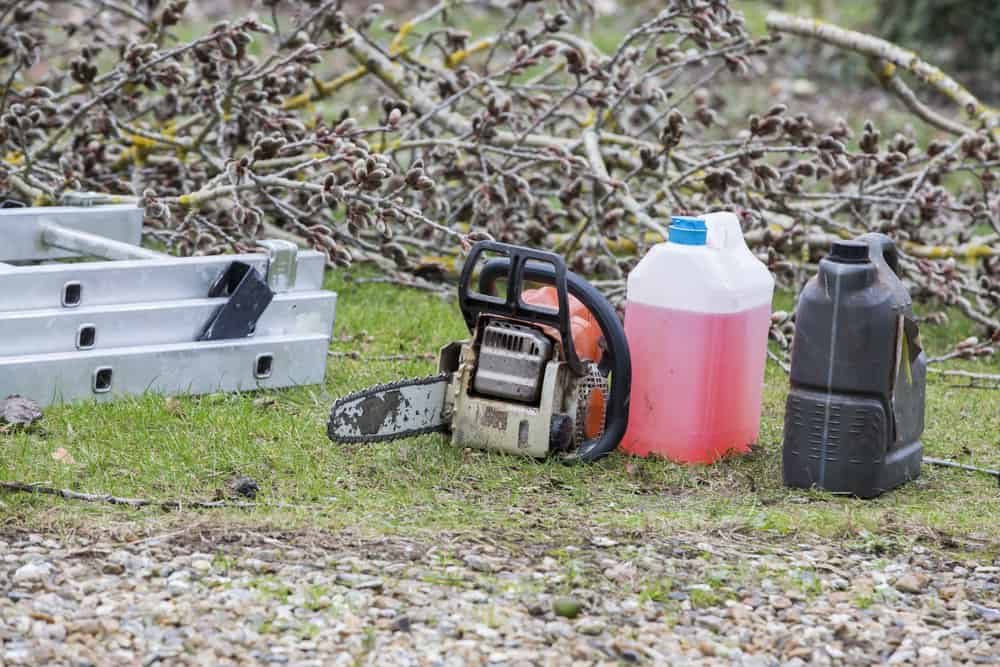 Gas-powered chainsaws, like all kinds of gas-powered tools, are generally the most powerful, and other types usually can’t match the raw power generated by an internal combustion engine.

Running on gas also gives you the greatest flexibility to work where you want, for as long as you want. As long as you carry a can of gas, you can just keep topping up whenever you run out with no constraints of time or distance.

These chainsaws also tend to be the most economical to buy. This doesn’t mean they are cheap – some of the biggest ones can still be very expensive – but in the short term, you probably get the most bang for your buck with a gas-powered chainsaw. 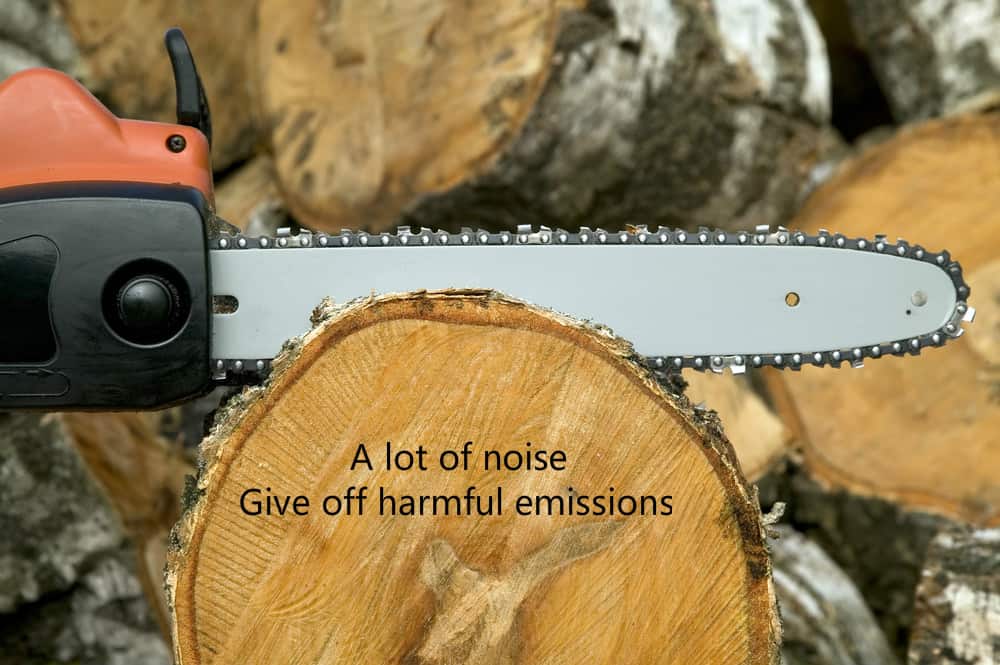 There are several obvious disadvantages to using a gas chainsaw too. Machines that run on gas are far louder than tools powered by electricity or a battery, and they also give off harmful emissions, meaning they are not the best environmental option either.

Gas engines also require regular maintenance to keep them in good working order, and some parts will need replacing from time to time, making them less practical to run, especially if you don’t know your way around an engine.

Furthermore, if you add the cost of maintenance to the money you will spend on gas over the tool’s lifetime and the cost of running one soon adds up – in the long run, a gas machine is probably going to be more expensive.

Finally, since gas chainsaws tend to be the biggest and most powerful, they can be difficult for novices to manage and can be dangerous in inexperienced hands. 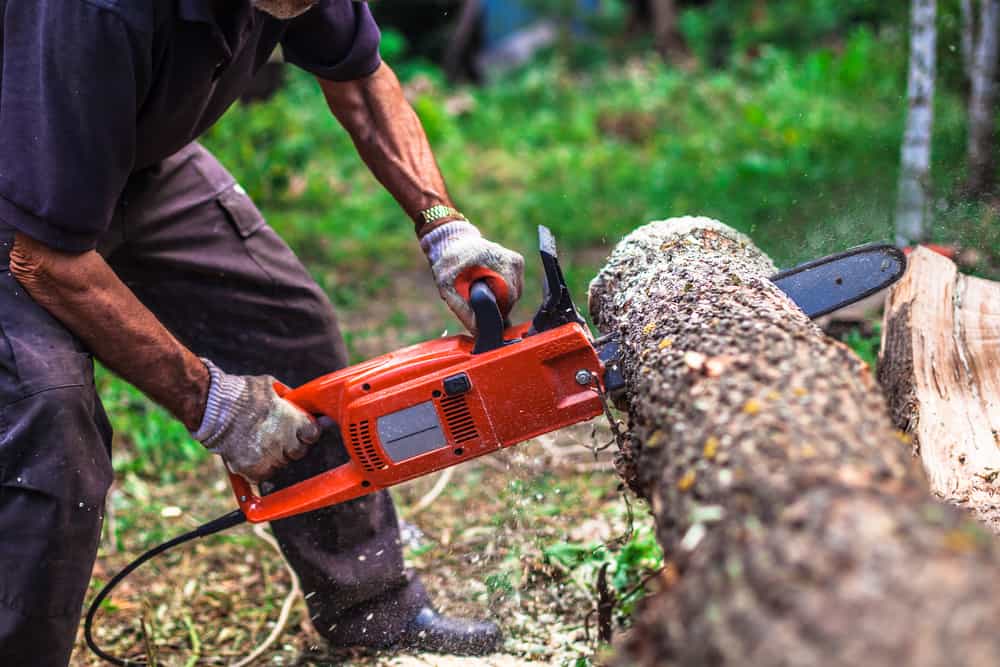 Electric chainsaws run much more quietly than gas machines, and since they don’t burn fuel, they don’t give off emissions, making them less polluting.

Electric chainsaws also don’t require the maintenance of a gas machine, and as long as you clean it and keep the chain oiled, it should run well without the need for yearly servicing. This, coupled with the fact that you don’t need to buy gas, makes them cheaper to run.

They also tend to be smaller, lighter and, on the whole, less powerful, meaning they are easier to manage, especially for chainsaw rookies. 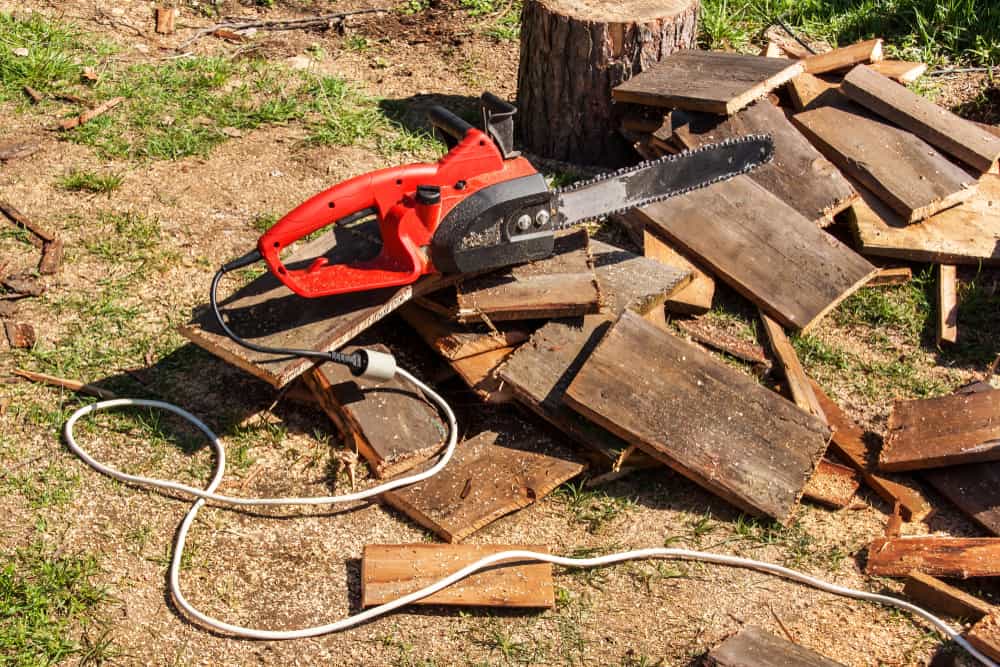 The disadvantages of electric chainsaws mainly stem from the cord itself. Since they run on mains power, you can only work within the range of a power outlet. You can extend that range by using an extension cord, but how far you can go will still be limited.

On top of this, the cord can also get in the way as you work, and you need to be careful that it doesn’t dangle in front of you while you are cutting. It also presents a tripping hazard, and tripping over the cord while you are operating a chainsaw can lead to serious accidents.

One last disadvantage is that they don’t provide the same amount of power as a large gas-powered unit and so are not suitable for the biggest cutting jobs.

What about battery-powered chainsaws?

Battery powered chainsaws deserve a mention because they offer many of the same benefits of an electric version without the restraints of the cord.

They run quietly, don’t pollute and are light and easy to manage. However, since they are powered by batteries, they have the range and flexibility of gas-powered models.

The main problem with battery chainsaws is that the batteries can only give you a limited amount of power before they run out. Some can run for as long as an hour on one charge, but after that, you need to down tools and plug the battery in again.

Some batteries can recharge very quickly – and you can also double your working time simply by buying a spare – but it is just not as practical as being able to top up a gas model or work for as long as you like when you are running on electricity.

Another issue is that battery chainsaws are generally the least powerful of the three types. While models are now appearing that can offer relatively impressive cutting power, they are still no match for a big gas-powered machine.

So which one is best? 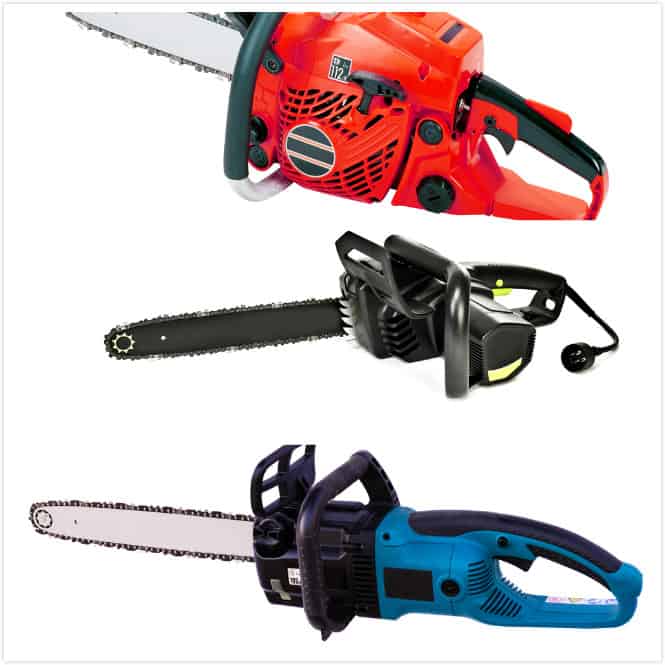 Since all three types have clear advantages and disadvantages, each type is more suitable in certain situations.

A gas-powered chainsaw is the right choice for someone who values raw power and the ability to work anywhere for longer periods with no restrictions and who is willing to put up with noise, pollution and extra weight. Gas chainsaws are the chainsaw of choice for professional lumberjacks as well as those who need to deal with more heavy-duty cutting work.

Electric chainsaws are a good choice for the home user who will only ever need to work within the length of an extension cord from their house. If you need a chainsaw for casual yard maintenance, an electric chainsaw would be a good pick.

Battery chainsaws are best for people who need the extra flexibility of being able to work further away from a power outlet but who doesn’t need the big power of a gas chainsaw and who also appreciates quieter, emissions-free operation. They are also suitable for people who don’t need to work for extended periods without stopping.

Each type has its purpose 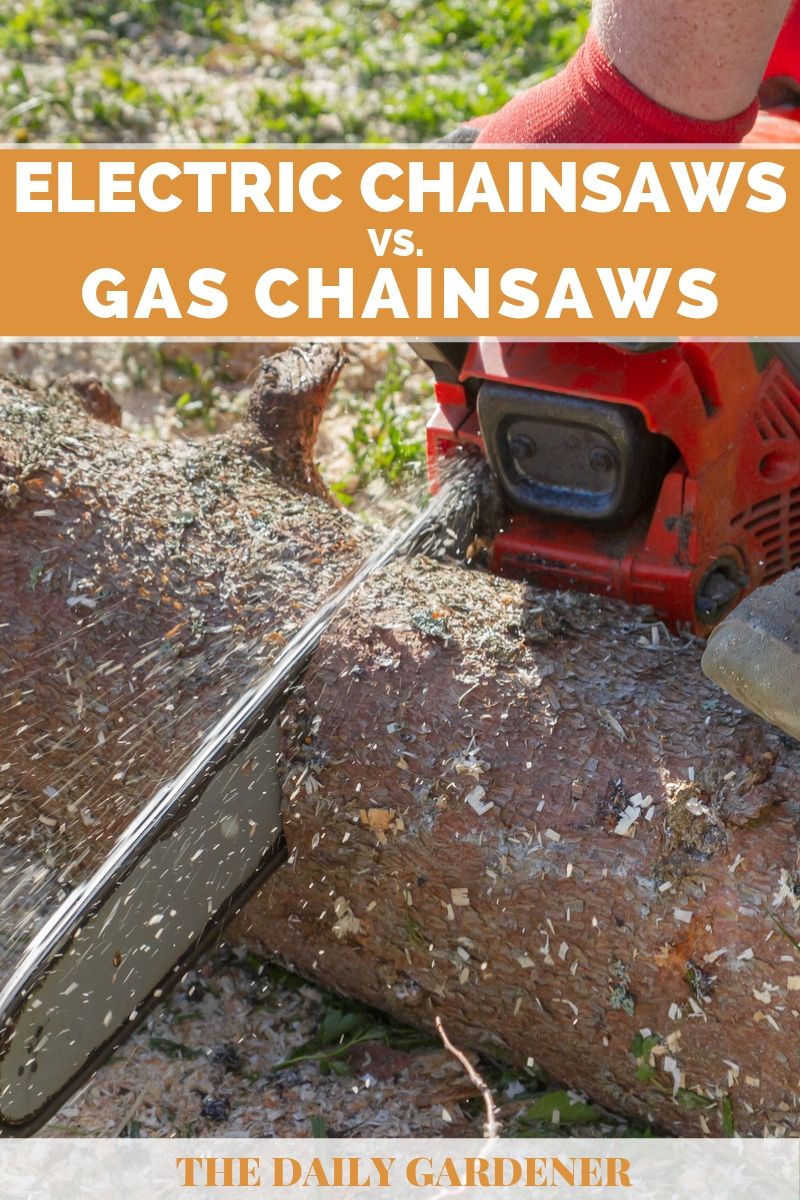 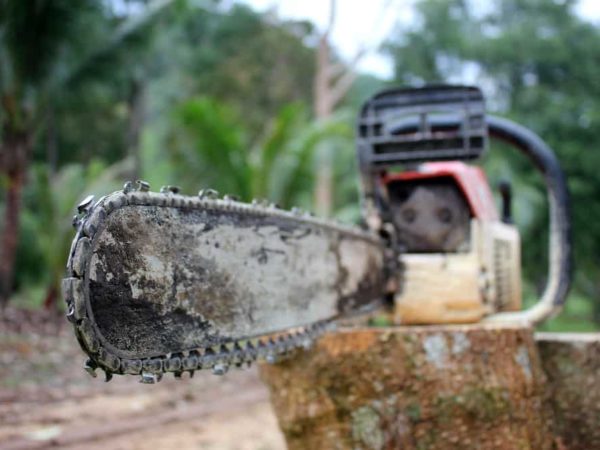 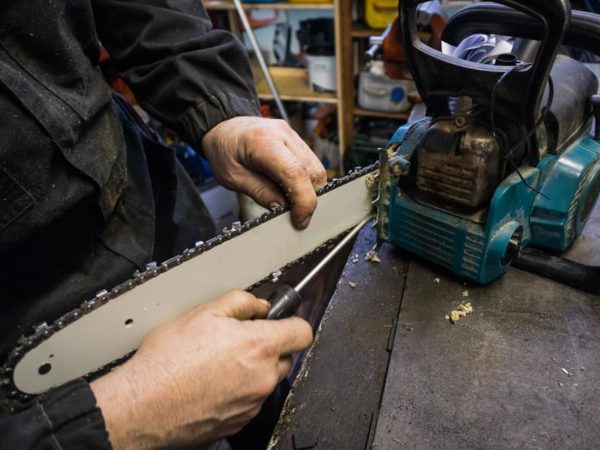 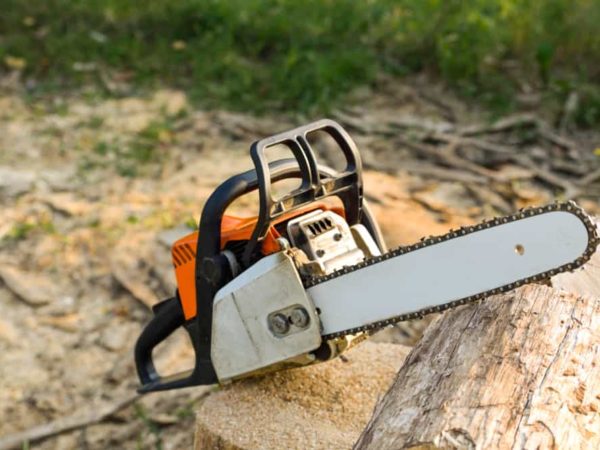 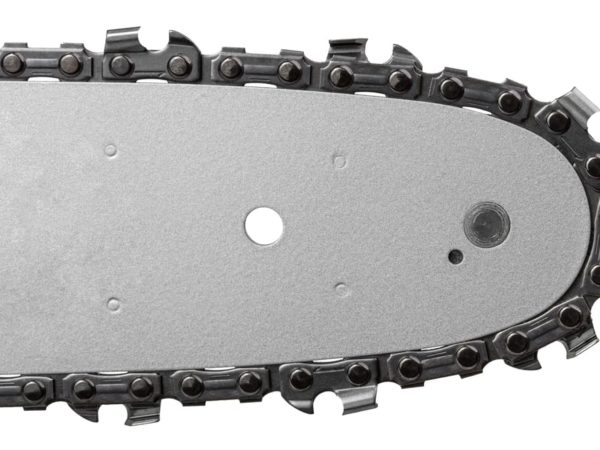 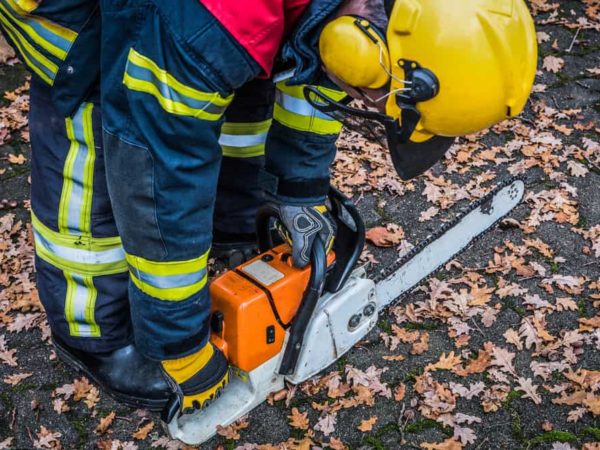 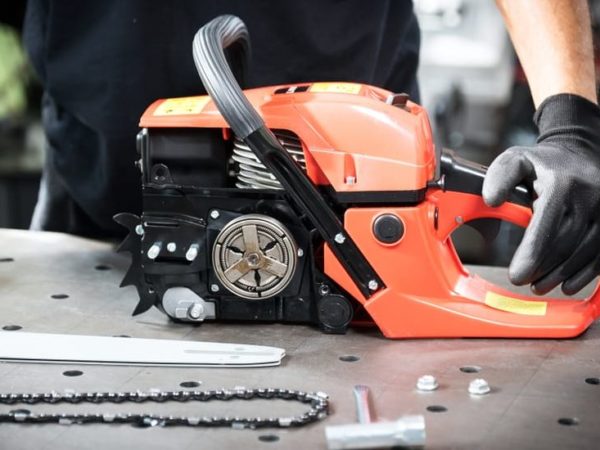