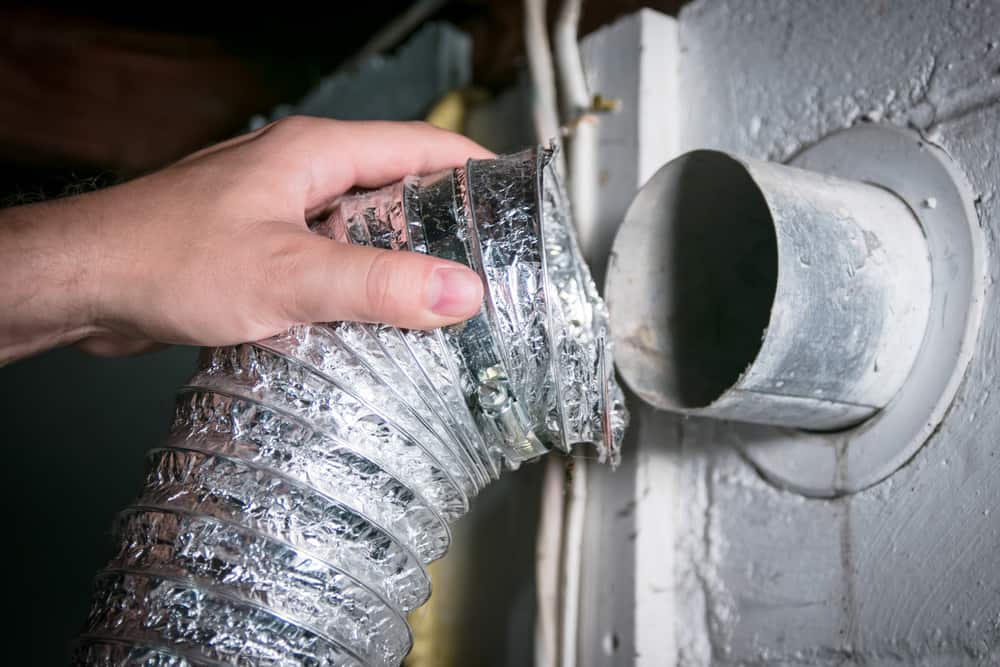 In the fall when a carpet of leaves covers your yard, a good leaf blower is one of the most useful and time-saving tools you can own. However, you might imagine that for the rest of the year, leaf blowers are less useful – but you’d be wrong! 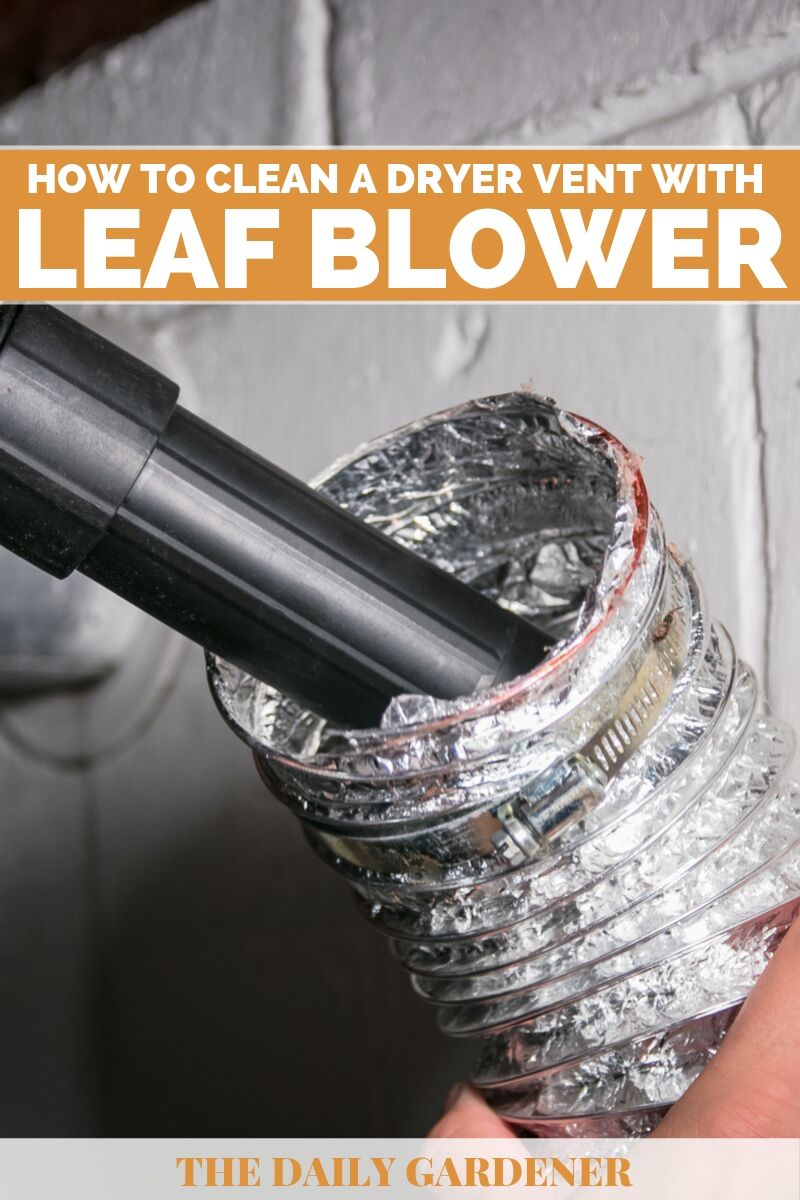 Leaf blower vacuum are highly versatile tools that can be used for a number of tasks they weren’t originally designed for, from clearing snow to threading pipes. One common use is blasting lint from clothes dryer vents – so here’s how to clean a dryer vent with a leaf blower.

This video shows you how effective it can be.

What is the lint in a dryer vent?

Before we look at how to remove lint from dryer vents, let’s take a step back and think about what lint is and where it comes from. It is important to understand a little bit about lint before deciding how to remove it.

Lint is a mass of tiny fibers from our clothes that are detached during the washing and drying process.

When you wash your clothes, these tiny fibers are removed from your clothes along with dirt by the friction of the washing process. However, much of it remains stuck to your clothes in the washer because your clothes are still wet.

However, when your clothes go through the dryer, lint fibers are removed from your clothes. This is a normal part of the process, and dryers have special lint screens to catch as much of the lint as possible.

Why do you need to remove lint from a dryer vent? 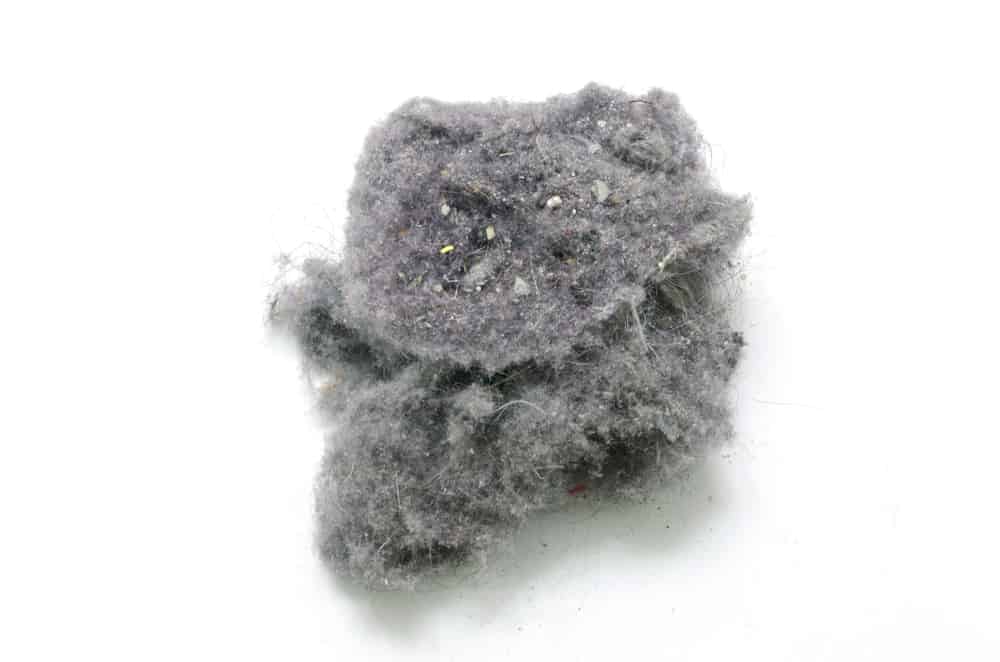 There are several important reasons why you should remove lint regularly from your dryer. The first is that a build-up of lint will reduce the airflow in your dryer, which leads to decreased efficiency.

Lint in the vent can also create mildew and mold in walls and insulation.

Probably the most important reason, though, is because lint is flammable – and if you don’t remove it, it can become a fire hazard. In fact, it is thought that around 20,000 house fires each year in the US are caused by lint catching fire.

For all these reasons, you should regularly clean the lint trap in your dryer. Furthermore, you should also clear the lint build-up from the dryer’s air duct at least once a year.

Let’s look at how to do it now.

Cleaning a dryer vent with a leaf blower 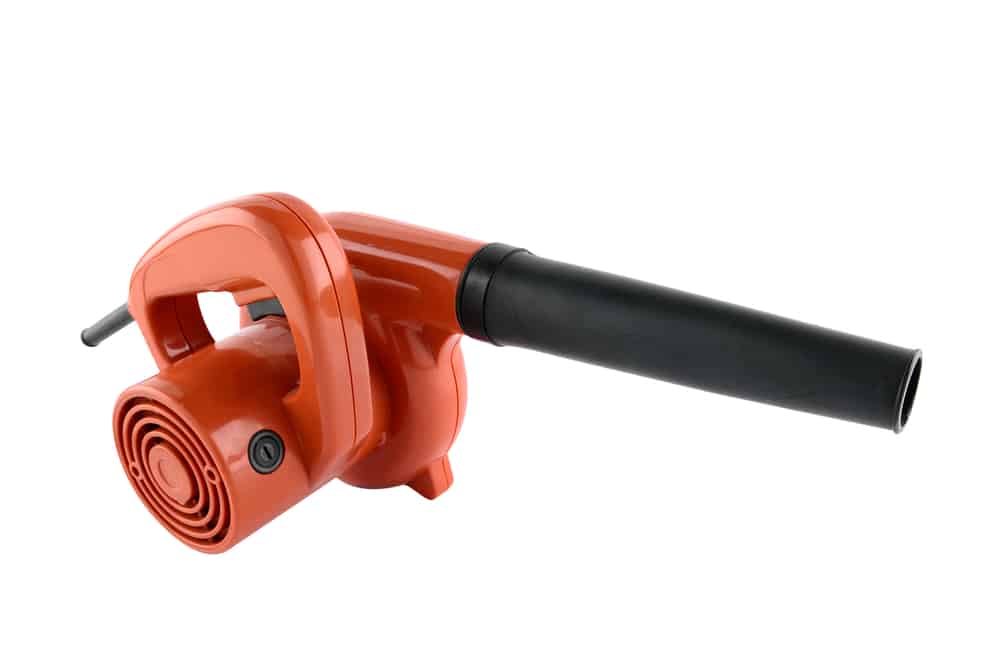 If you want to clean your dryer vent with a leaf blower – and we’ll talk more about whether you should in a moment – here are the steps to follow.

The first thing you need to do is gain access to the dryer vent. This will probably mean dragging the dryer away from the wall so you can work behind it.

Remove the hose from the vent. You may be able to do this without any tools or you may need to unscrew it.

Step 2. Remove the cover from the outside

The next step is to remove the cover from the external vent that allows the air to escape from the building. If you don’t do this, the air blowing through the pipe will create too much pressure and you will damage the tubing or even your leaf blower.

Again, you will probably need to unscrew the screws that are holding the cover in place.

Step 3. Clean the outside part

When you remove the cover outside, you can also take the opportunity to clean the vent manually. For this, you can use a brush or a vacuum cleaner to remove the worst of the lint that has built up around the cover.

Step 4. Insert the leaf blower and create a seal

Once you have cleaned outside, go back inside and place the end of your leaf blower in the dryer’s air vent.

It doesn’t matter which type of leaf blower you use – a gas leaf blower will work well, but some can be very powerful so make sure you don’t start on the highest setting or you may damage the venting duct.

A cordless leaf blower or an electric one can also be used – although backpack leaf blowers might not be practical because they take up a lot of space.

For this to work, you need to seal the vent around the leaf blower nozzle. One common way – as seen in the video above – is to use duct tape. Another solution could be to use a towel. In any case, the important thing is to prevent the air from escaping back past the nozzle.

Step 5. Turn the leaf blower on

When everything is in place, you can give the leaf blower a short blast. Repeat a few times, and if everything seems ok, you can leave it blowing for up to 30 seconds. This should be very effective at blasting all the lint in the pipe out of the external vent.

Step 6. Check the outside vent and clean

Check outside to see if the lint has been expelled. Clean around the external vent again as before.

Step 7. Put everything back in place

When you have successfully cleaned out your vent, remove the leaf blower and put everything back into place, reattaching the dryer to the vent and screwing back on the external cover.

Should you clean your dryer vent this way? 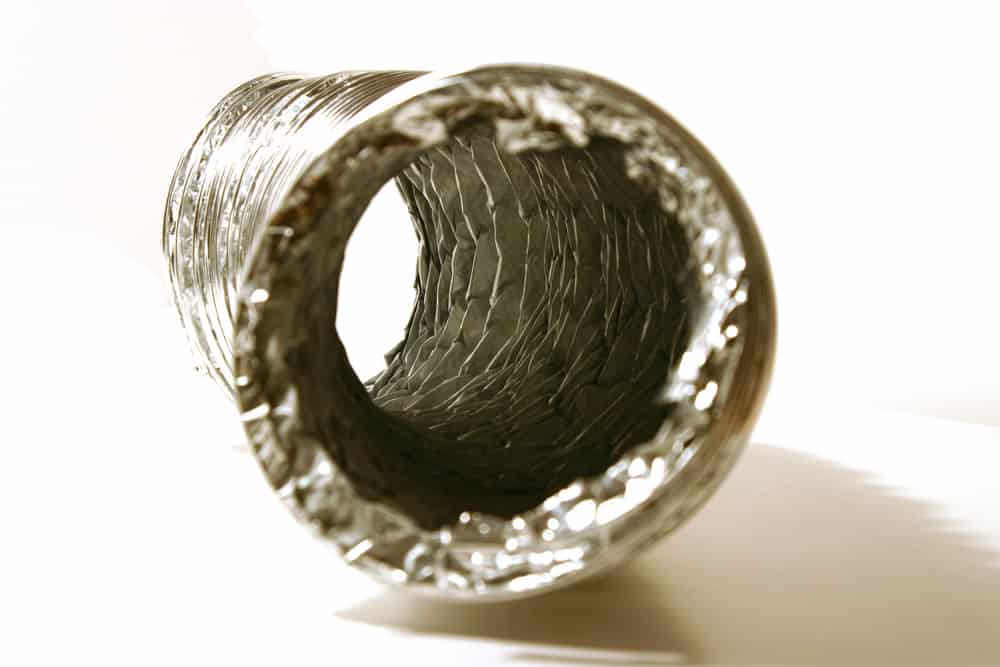 Some argue that cleaning a vent out in this way is not advisable since lint is flammable and the hot air might cause the lint to ignite when you try to blow it out.

If you have a concertina-style venting duct, the lint may get stuck in the folds, meaning a leaf blower is also not an effective tool for removing it.

If your vent meets the following conditions, a leaf blower may be useful:

If the vent is too long, a leaf blower won’t be powerful enough.

If your vent is not straight, again, the leaf blower won’t have enough power to clear it.

As mentioned, if you have concertina-style ducting, the lint will stick in the folds. You may also damage the ducting.

A useful trick – but be careful

Using a leaf blower can be a great way to clear your dryer vent of lint. You need to know how to do it properly, and you need to have the right kind of vent ducting. If not, you might be better off calling in a professional. 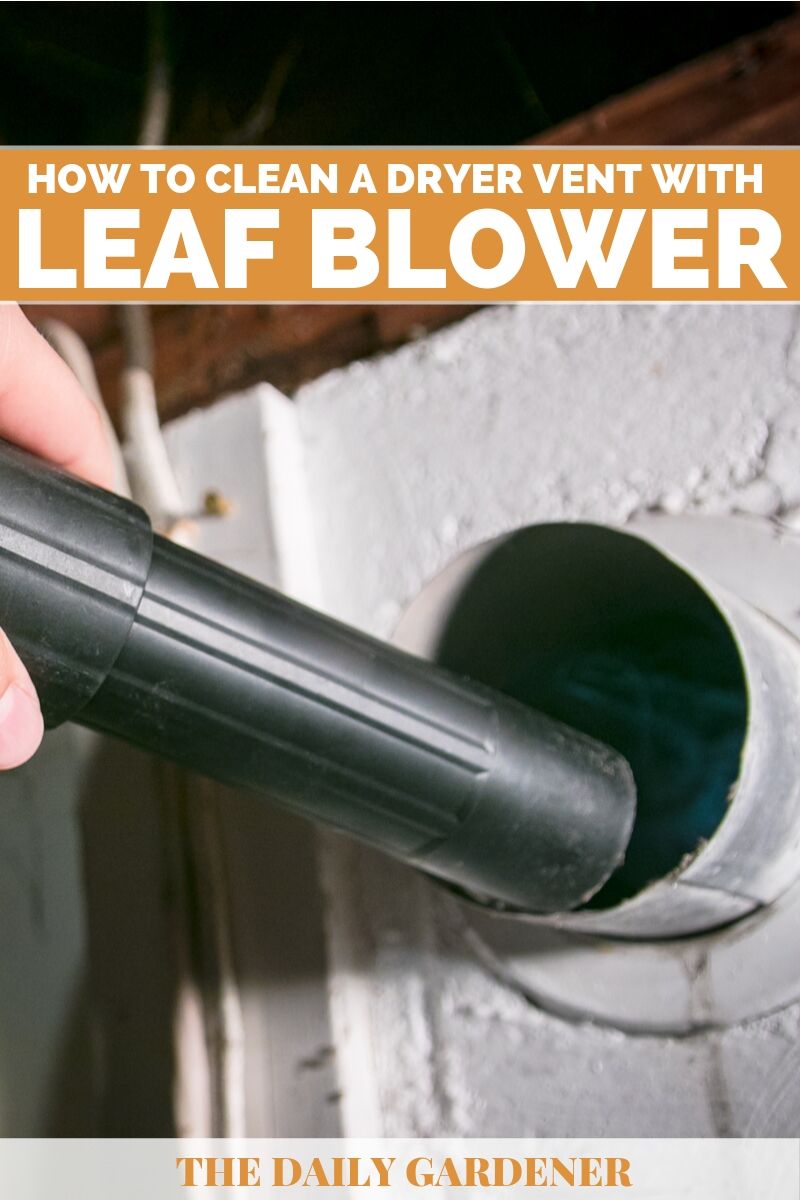 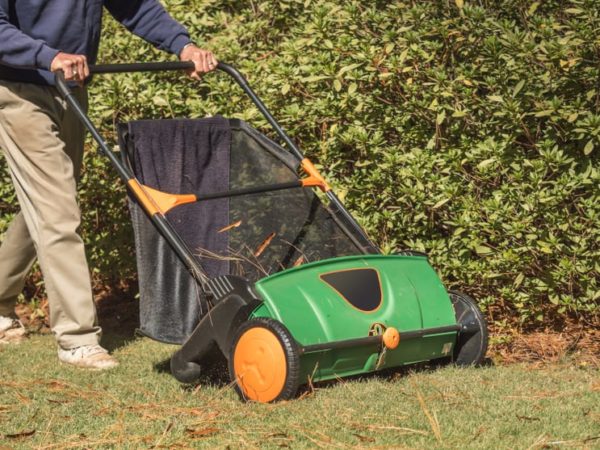 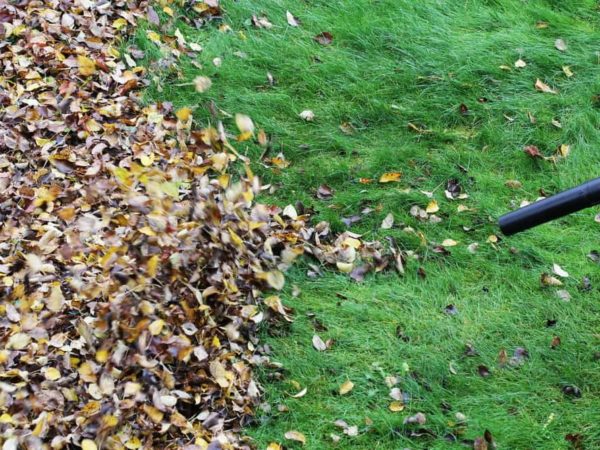 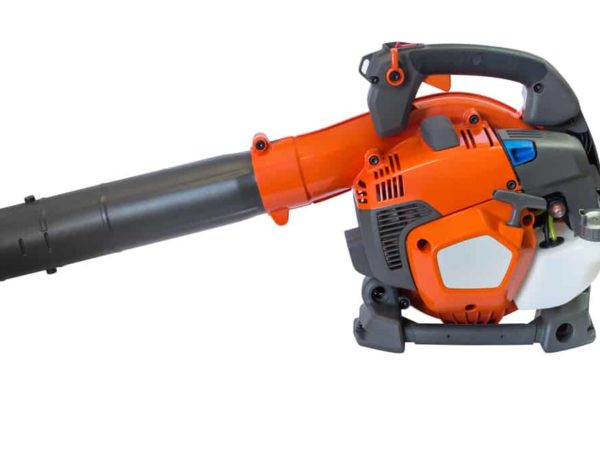 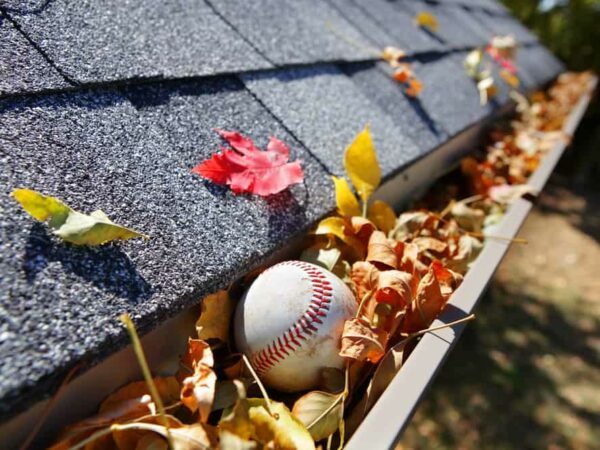 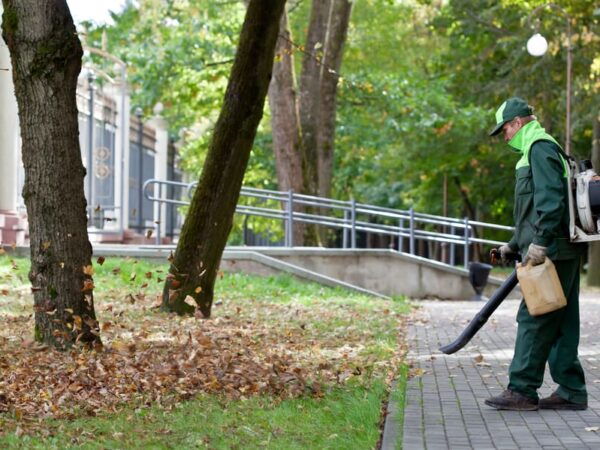 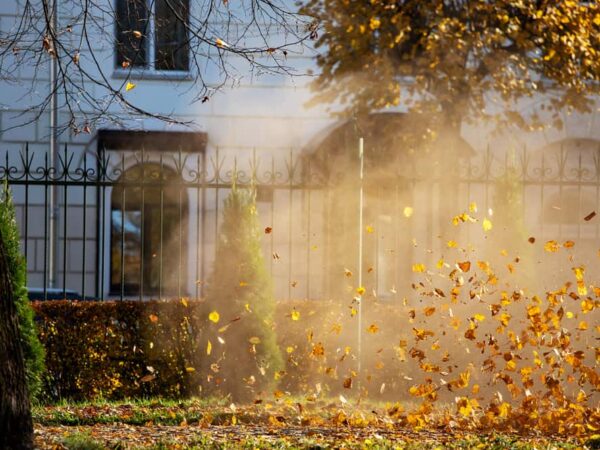