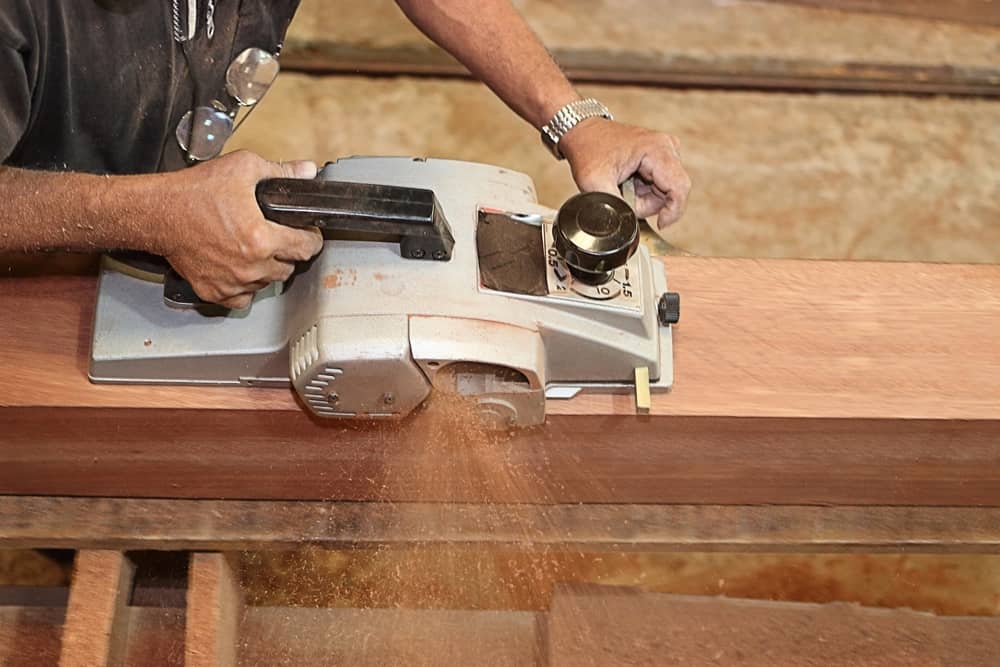 One of the most useful tools in a woodworking kit, a wood planer is also one of the more obscure. So what is it? And why might you need one? 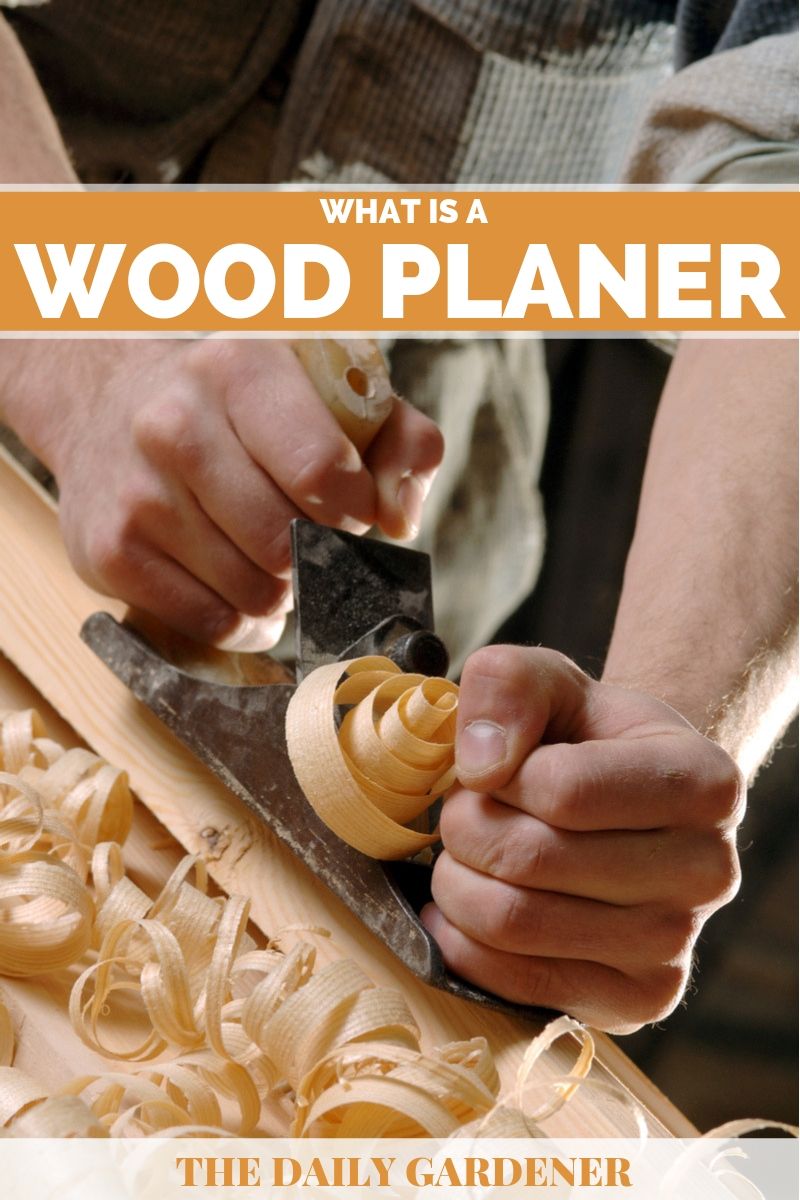 Read on, and we’ll tell you everything you need to know about this handy gadget.

What does a planer do?

A planer is used to shave wood from the surface of boards. Imagine scraping a knife across the top of a block of butter. That’s pretty much the action with a planer – though you might need a bit more muscle power!

They’re used to make a rough surface flat and smooth, or to reduce its thickness. For carpenters and cabinet makers, they’re essential pieces of kit. Creating perfect finishes and elegant moldings are a planer’s stock in trade. But they’re handy for DIYers too.

If you’ve got a couple of floorboards that aren’t aligned, a quick pass with a planer can put that right. And if you’ve had new carpet installed and find that your doors are sticking, get out that planer! Trim the bottom of the door, and you’ll once again be able to open and close it with ease.

The history of the planer 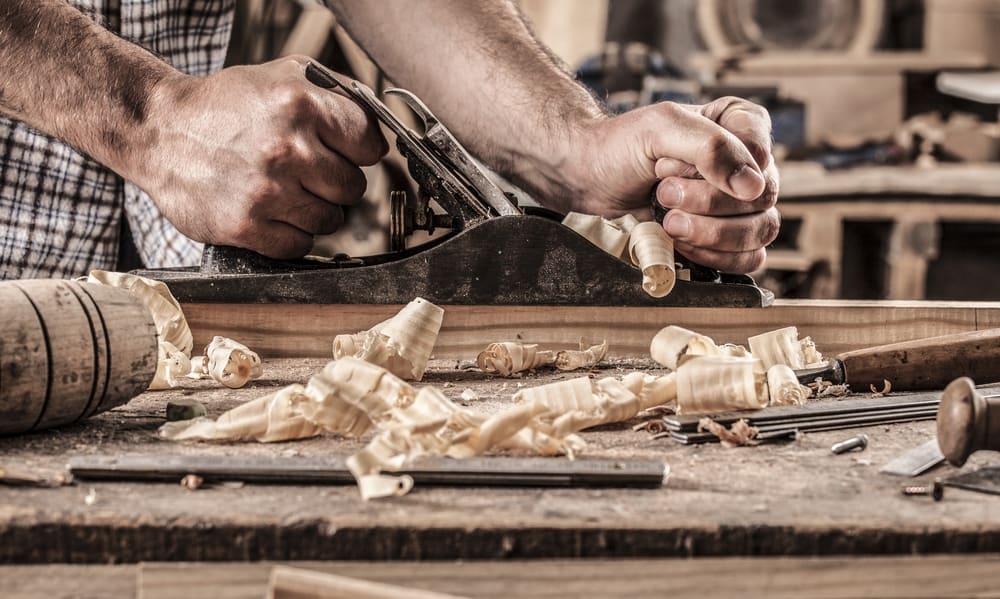 Planers have been used for thousands of years. Roman examples have been unearthed at archaeological sites in Britain and Germany. Going back even further, furniture found in Egyptian tombs shows evidence of having been planed.

The Roman examples look very similar to hand planers in use even today. Most of them had an iron core surrounded by wood, with an iron blade secured with a wedge. It was this blade that did the hard work.

Fast forward to the nineteenth century, and a man called Leonard Bailey. He began producing a line of hand planers with cast iron bodies. It was this design that was to become the blueprint for modern planers.

Bailey’s patents were purchased by a company called Stanley Rule & Level, still operating today as Stanley Works. They produced beautiful planers with polished wooden bodies. Early designs are much sought after by collectors, and can fetch high prices. 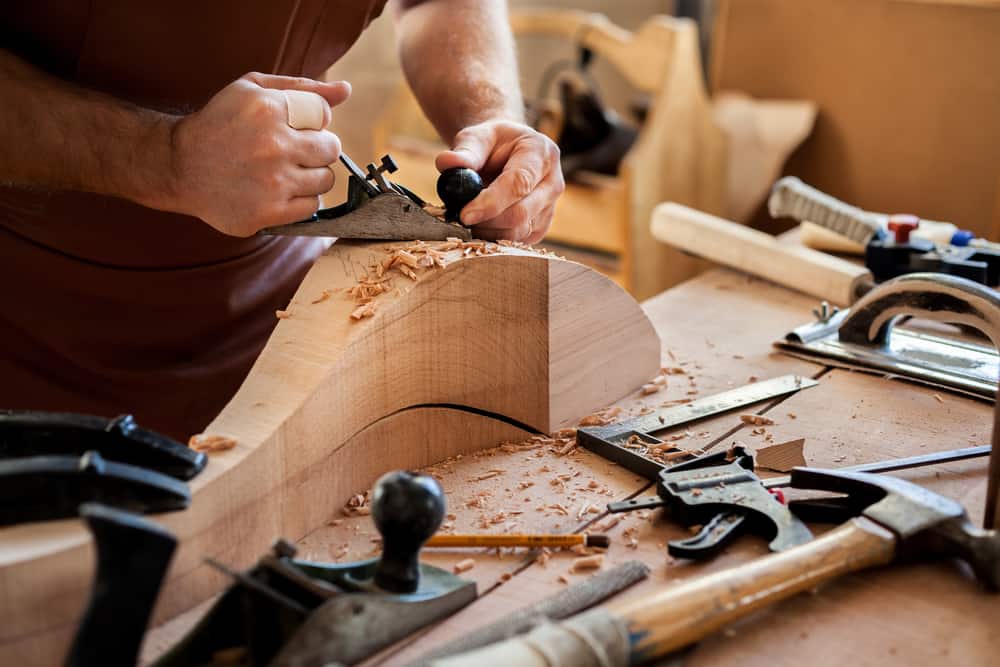 Although the main elements of Bailey’s design have endured, many different types of planer are available today.

Hand-held versions rely on the power of your muscles to scrape the blade along the wood. The standard model is known as a bench planer, but there are lots of specialist varieties too.

A rabbet plane, also known as a rebate plane, cuts shoulders or steps in wood. It’s good for projects like window or picture frames. With a shoulder plane, the blade sits right at the edge of the planer, rather than in the middle. Molding, finger, chisel, bullnose, grooving plane – the list goes on.

If you’re new to woodworking, don’t be deterred by all this complexity. A simple bench planer is probably all you’ll need at first. And if you want to find out more about the different planers and their uses, check out this excellent video from Matt Eastlea. 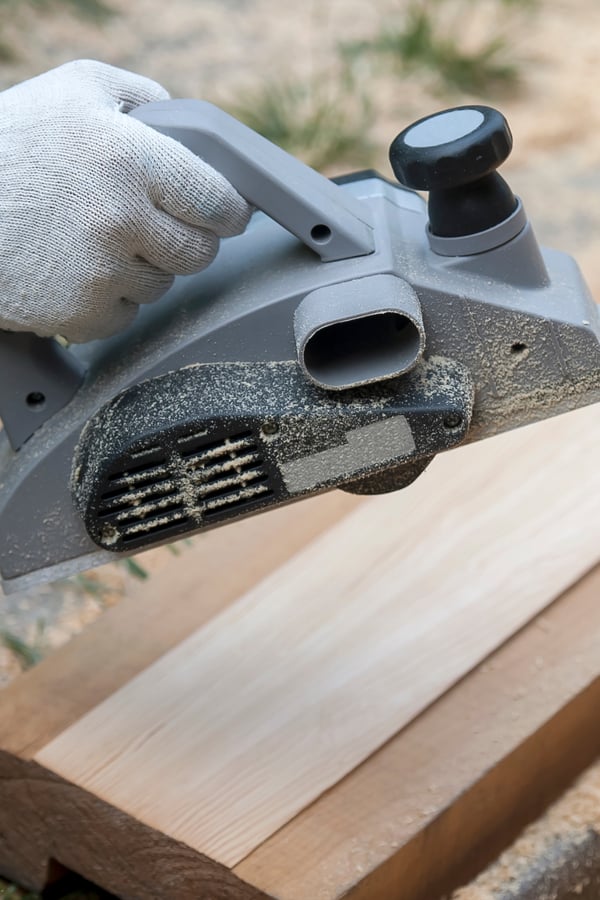 Happily, times have moved on from when your muscles were the only source of power! If you want to take the hard work out of planing, electric planers are available. These come in both corded and cordless varieties.

Some electric planes work in essentially the same way as manual versions. You hold onto handles on top and at the front, and guide the planer along the wood.

For bigger projects, there are bench-top planers. As the name suggests, these sit on your workbench – though sometimes they also come with an integrated stand.

They have tables at either end on which you place the wood. All you need to do is select the desired thickness, position your board carefully, and feed it through. These are much bigger pieces of equipment, so you’ll need space to use one. Unsurprisingly, they’re also pretty expensive.

How do you use a planer? 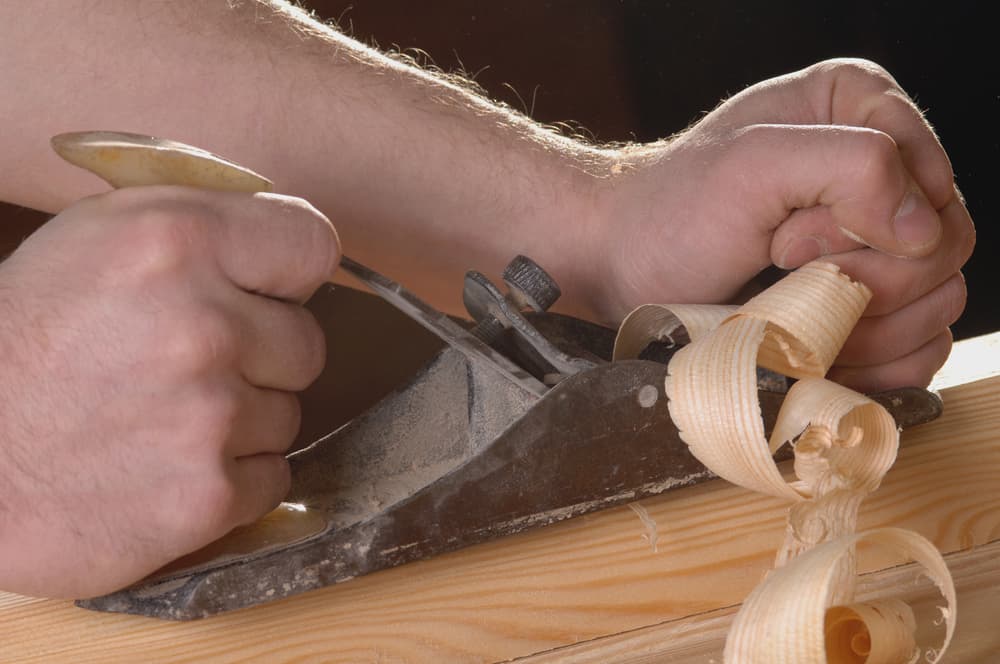 Exactly how to use a planer depends on the design you’re working with – but there are some common factors.

The most important one is to be careful about the direction you pass the blade. You always want to be working in the same direction as the grain of the wood. If you don’t, you’ll find the blade gets stuck and pulls out jagged pieces of timber. This is known as a “tear-out”.

But working with the grain isn’t always as easy as it sounds. If you’re working with a piece of burr walnut, for example, the grain goes in all directions at once.

This is one of those occasions when you need to make sure you’ve got the right planer for the job. You’ll need something with a very sharp and finely set blade.

Planing the end of a board – for example, to trim a door – also involves different techniques. In this case, a block planer is often effective. These have the blade at a low angle, typically at around 12 degrees.

But you can also use a standard bench planer if you have the know-how. With the right technique, you can great results. Check out this YouTube video from RobCosman.com to see how it’s done.

Finally, remember that a planer is a potentially dangerous tool. The blade is sharp, so take care! And if you’re using an electric version, remember to wear safety equipment. The planer will throw up woodchips, so always wear a mask and safety goggles.

A planer is an indispensable tool for woodworking – whether you’re a seasoned pro, or just starting out. Its uses range from creating skirting or dado rails, to making any kind of furniture, to trimming doors or floorboards.

It is, though, important to recognize the range of different planers that exist. They have very different characteristics, and different planers will work better on different jobs. Take the time to do a bit of research before you start your project. It will save you lots of time in the long run.

And remember that while planers are excellent tools, they can cause injury if not used with care. Always make sure that you use the correct safety equipment. And if you have children, make sure your tools are kept away from little fingers. 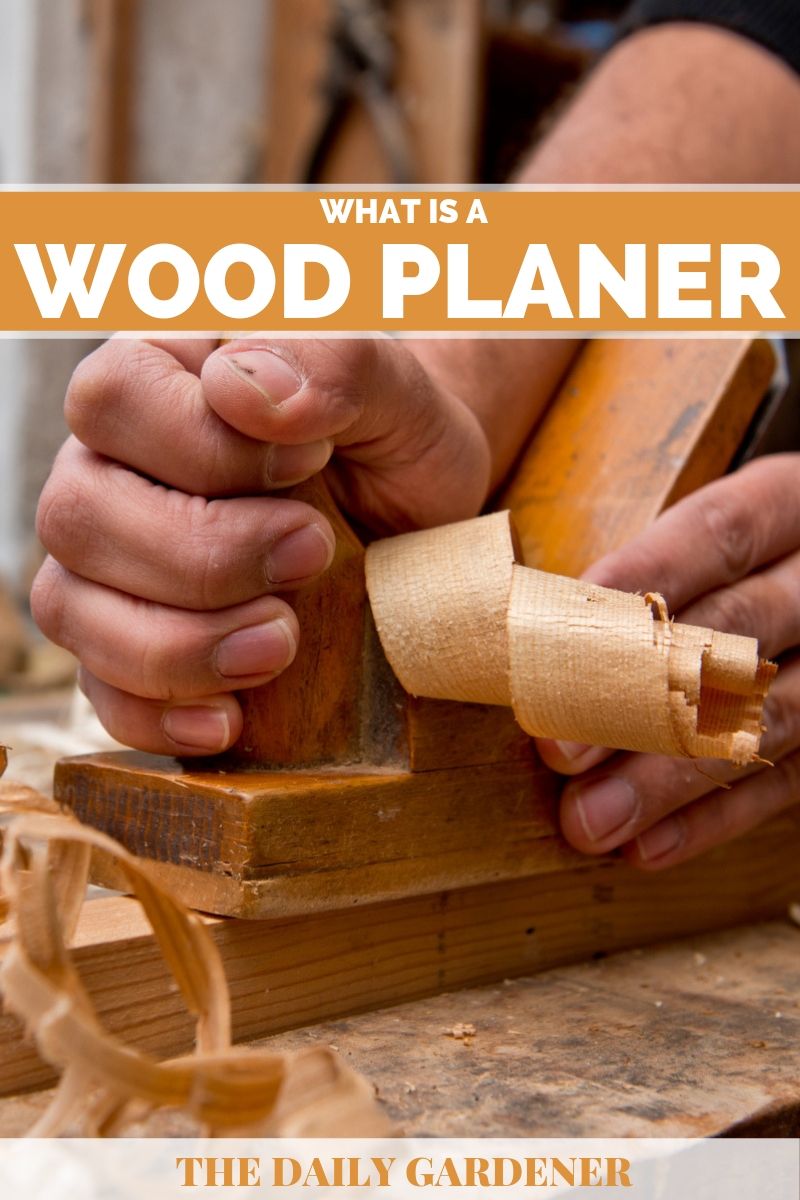 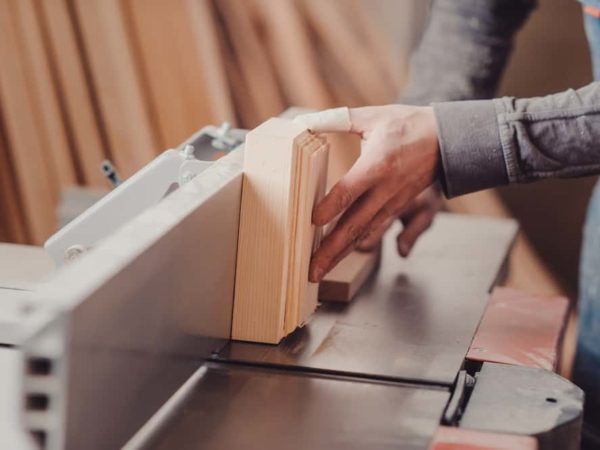 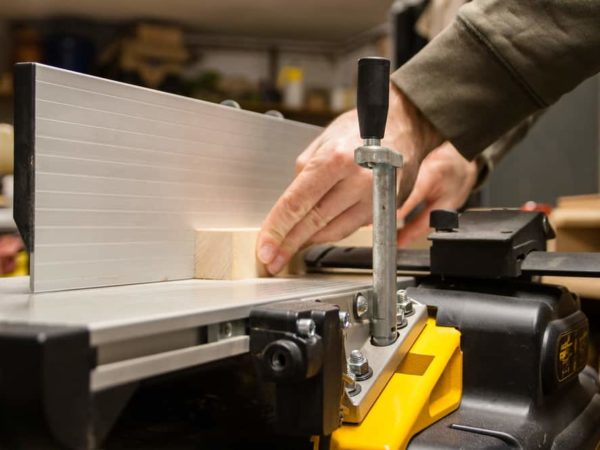 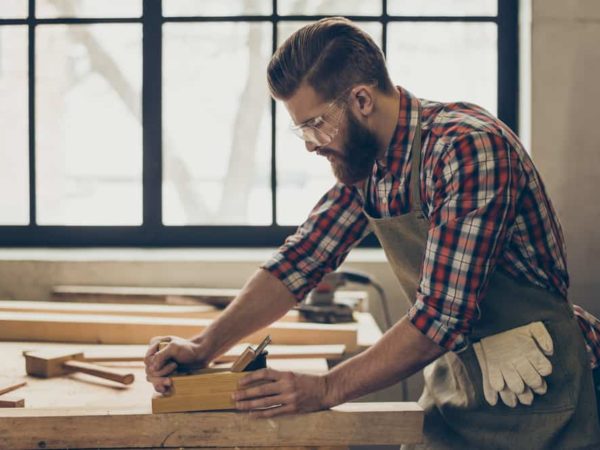 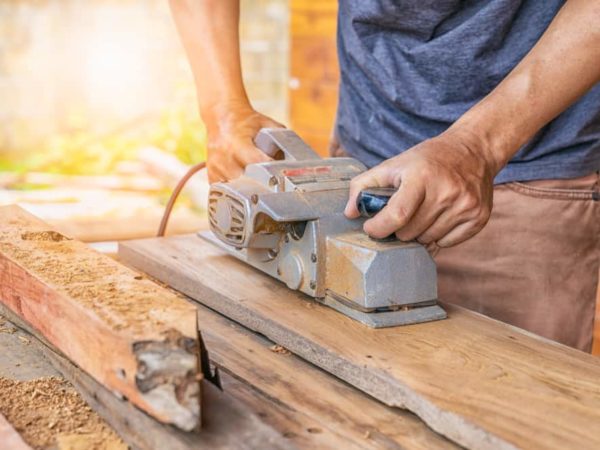 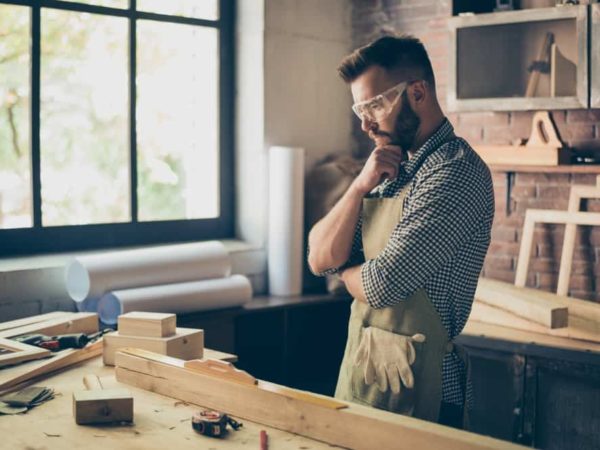